NEW BRUNSWICK – Martin Perez, the president of one of the state's largest Latino organizations, has stunned many of his allieswith public declarations of praise for Republican gubernatorial candidate Christopher Christie.

Earlier this year, at a gala dinner celebrating the tenth anniversary of the Latino Leadership Alliance of New Jersey (LLANJ), Perezirked members of his organization with an effusive introduction of Christie, who entered the room while Gov. Jon Corzine was speaking. Some LLANJ members viewed it is a ceremonial faux pas.

But then afew weeks later, Perez was quoted in the New York Times saying Corzine was "ineffective" as governor. That caused severalLLANJ members to wonder if Perez was putting his membership in an organization that supports school vouchers, E3 (Excellent Education for Everyone) ahead of the traditional political alliance between the state's Latino community and the New Jersey Democratic Party.

Perez says the Times quote was an out-of-contextsnippetfrom a larger conversation.

But the Latino leader has sent clear signals that he personally favors Christie, largely because the Republican candidate for governor favors vouchers.Some say that Perez also wants to reinforce the non-partisan image of the LLANJ, despite a record of supporting Democrats, and he appears willing to back Christie even though Corzine appointed him to the School Development Authority earlier this year.

In the midst ofan intensifying gubernatorial campaign, the Carpenters' Union, which supports the governor's re-election, last week contributed $15,000 to theLatino Leadership AllianceFoundation (LLAF), which goes toward scholarships and programs and is separate from the LLANJ, a 501 (c) (4) with an annual operating budget of about$200,000.

Perez says that contributions to the foundation have little to do with his personal political agenda, pointing to a $150 donation from Morristown Mayor Donald Cresitello. Perez and Cresitello have battled over illegal immigration issues over the past few years.

While some Perez's critics within the alliance continue to seethe at the idea of Perez publicly flirting with an endorsement of Christie, Perez says his agenda is based on a multitude of issues.

"I come from the labor movement and the Puerto Rican Socialist Party, andI was a student leader in the 1960s," Perez explains."I am the most progressive person in the organization. People try to label you to control you but we cannot allow that. I am a union person, but the NJEA (New Jersey Education Association)is killing the teaching profession. Being a teacher is a calling. You're not working in a factory. You're not making chairs. I'm pro-choice,bothin education and when it comes to abortion. But I tell Democrats all the time, you're willing to give my 16-year old daughter the choice to get an abortion, but not which high school she wants to go to? I am pro-choice on both things."

"The plus for Christie is not just vouchers but his work against corruption," says Perez. "The best friend of Corzine during his administration was Christie. Christie comes and puts all the political bosses in jail to give Corzine the opportunity to reform the party, butCorzine blew it. He didn't take the opportunity. He gave money to the political bosses, he didn't take money away from the party. I'm a Democrat, but we know there's corruption in the party Let's say it.We have to say it."

Ifit soundsto this point as though Perez likesChristie over Corzine, or that the governor's failure to deliver on certain issues bans him from consideration, thealliance president shakes his head.

"We don't havepermanent enemies – only permanent issues," says Perez, a lawyer who runs his own practiceout of New Brunswick. "Our issues are education, immigration and healthcare."

Of particular interest to Perez was a move this month by U.S. Secretary of Homeland Security Janet Napolitano implementing 287 (g), which giving local law enforcement some authority now resting with the U.S. Immigration and Customs Authority.

"If you gave the right to a police officer to enforce immigration laws these people don't have the training – and that's a problem," says Perez, who wrote a letter to President Barack Obama this week on the occasion of his Thursday rally at the PNC Bank Center with Corzine.

The issue is particularly important in gubernatorial politics because Christie is reportedly considering Monmouth County Sheriff Kim Guadagno for Lt. Governor. Guadagno is one of the law enforcement officials now authorized to enforce immigration laws.

Perez says he could not support a GOP ticket that includes Guadagno.

Even ashe publicly muses about the Corzine vs. Christie contest and torments the more progressive elements of the LLANJ in the process,Perez acknowledges that his 47-member board will ultimately decide on an endorsement.

"We have people in ourgroup who are working for Corzine right now, and we have people who are committed to supporting Christie," says Perez."The most important thing for me is to hold the alliance together, and to examine those issues that are critical for Latinos and push in both parties. That's true democracy. We are not loyal to any party, and political parties do not tell us who we are."

Perez doesn't hesitate to dissect the problems inherent in one-partyrule, and specifically the problems of Latinos trying to work with what amounts to omnipotent Democratic leadership.

"What we have is a party that picksa given Latinobecause he's going to be loyal to the party – not to the people," says Perez.

He says Assemblywoman NilsaCruz-Perez (D-Camden) andformer Assemblyman Wilfredo Caraballo (D-Newark) are examples of Democrats who were summarily dismissed by their local party leadership.

"As long as they are dependent on those machines, they are not representing the Latino community," says Perez."I'm not questioning their good faith. I'm questioning the system, but if you don't have your own political base, you are running in someone else's home base.

"Democrats take us for granted and the Republican Party doesn'tcare," he adds."The problem with the Democratic Party is we have given them more loyalty and support so they owe us more. The problem is they want to speak to us but they don't want to listen to us. And when it comes to the Republican Party, sometime it's easier to deal with your enemy than someone who tells you he's your friend who pat you on the back and then goes against you."

"This is not just about the Democratic Party here, or any specific county,"Perez says."It's about New Jersey. Democrats control certain counties and Republicans control certain counties. What we want to see is a strong Republican Party and strong Democratic Party in every county, because that will give us more influence and power in the process. The more competitive the election, the more things we can achieve as a group. That's why we think people need to get involved in both parties.

"If the Republican Party were truly the party of family values, they would put a lot of money into the urban areas, but they have conceded that territory to the Democrats," he said. "That's their fault, but it creates a problem for us because the Democrats want our votes without sharing the power, and what we tell them, as well as everyone, is we're going to organize – whether you like it or not." 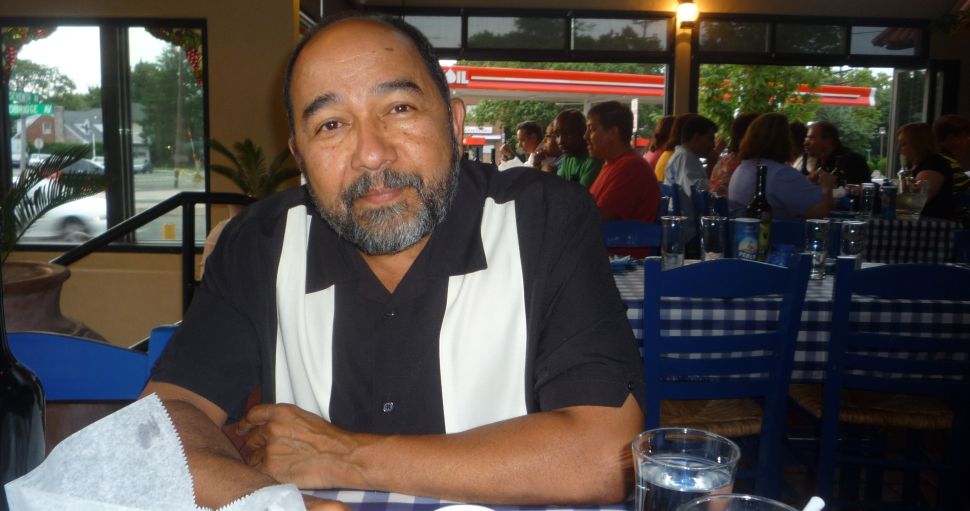