During her failed District 7 Congressional run last year, Stender receivedmoney from Hoboken Mayor Peter Cammarano, former Assemblyman Lou Manzo, and Manzo's brother, Ronald, all of whom were charged in federal court last week with taking cash bribes related to their own 2009 campaign bids.

"Linda Stender cites technicalities in explaining why she should not
return nearly $4000 in dirty money donated to her by three machine Democrats now under indictment,"fumed Marks.

"The fact is, Linda Stender benefited from their largesse. Now in her fifth political campaign in five years, Linda Stender has received valuable assistance from contributors including the disgraced Mayor of Hoboken, who threatened those who didn't support him 'to crush them into powder.' Linda Stender might think it's perfectly acceptable to buy television commercials with money from the likes of Cammarano and the Manzo brothers, but the people of the 22nd District will not stand for it." 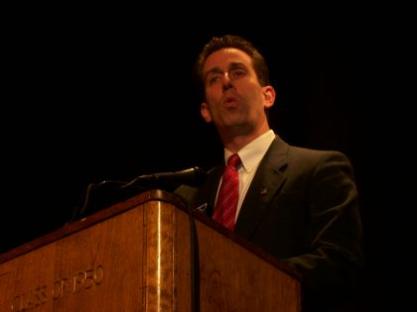