SecondWard Councilwoman Beth Mason onFriday called for the resignation of Mayor Peter Cammarano, who on Thursdaywascharged in federal court withextortion.

In a brief statementbefore the cameras at City Hallyesterday morning, Cammarano said he has no intention of resigning,and looks forward toovercoming the "baseless" allegations detailed in the feds' criminal complaint.

"Like many residents I am shocked by the allegations leveled against Mayor Cammarano," said Mason. "As someone who has always advocated for open, inclusive and transparent government, I believe it is in the best interests of the people of Hoboken for Mayor Cammarano to resign his office immediately. While Mayor Cammarano is entitled to his day in court, his refusal to step down is both disturbing and arrogant.

"The people of Hoboken are demanding answers, and while it is not in the best interest of Mr. Cammarano's legal defense to publicly discuss these allegations, the people are entitled to an open and transparent dialogue with their elected officials at all times. Becasue of the serious allegations he faces, Mayor Cammarano's ability to serve as Mayor without distraction and doubt has clearly been compromised." 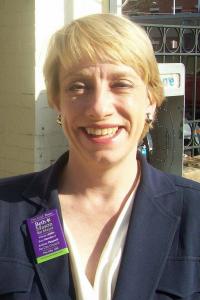