Since the corruption arrests of more than a dozen Jersey City officials and political figures came down yesterday, Jersey City has been rife with speculation about the identity of "JC Official 4" – a high ranking Jersey City elected official who turns up prominently in the federal complaint against Deputy Mayor Leona Beldini, city official Ed Cheatam and political consultant Jack Shaw.

The federal complaint mentions what appears to be the indicted officials acting as a middlemen for JC Official 4, taking cash and structuring it to donate to his campaign fund in exchange for his help furthering cooperating witness Solomon Dwek's real estate interests.

PolitickerNJ.com has confirmed that "JC Official 4" is Jersey City Mayor Jerramiah Healy, the Hudson County Democratic Chairman. A source close to the mayor admitted as much, but held that he had done nothing wrong.

JC Official 4 is described in the complaint as "a high-ranking elected official in Jersey City, NJ… (who) was seeking reelection on or about May 12, 2009."

According to the complaint, JC Official 4 first met with Dwek on March 13 of this year, along with the three defendants. The complaint does not quote him at that meeting, with only Shaw and Cheatam telling him that Dwek "the CW was ready to develop real estate with JC Official 4's ‘help' and ‘assistance,' and JC Official 4 was further advised by the CW that ‘approvals are key.'"

After JC Official 4 left the meeting, Shaw allegedly told Dwek to make the payments through him, after which Beldini assured him that she and JC Official 4 would "help move" his real estate "approvals" along.

The money was paid to the JC Official 4 campaign through $10,000 in tickets to a fundraiser, according to the complaint. Beldini is quoted telling Dwek that "[w]hat we're trying to do is put money into different funds so we can, when we need it, funnel it back into [JC Official 4's election fund]. Which everybody does."

According to the complaint, Shaw described JC Official 4 as "very happy" with the contribution.

In a meeting with Beldini, Shaw and Cheatam at a Jersey City luncheonette on April 30, Dwek told her that he was applying for a zoning change and did not want it to go to the "bottom" of the pile.

The complaint goes on to say that Dwek agreed to make two more payments – one for $10,000 immediately after that day's meeting, and another $10,000 after the election.

"JC Official 4" later showed up to the meeting, where according to the complaint he was told by Cheatam Dwek wanted to be "on top" of the "pile," and that he had given $10,000, planned to give $10,000 after that day's meeting and again after the election.

"JC Official 4 responded, among other things, that hopefully "we" could work "together" and that this would be "mutually beneficial," read the complaint.

After the meeting, outside of the luncheonette, Shaw allegedly told Dwek that everybody was "happy as hell" with the arrangement and accepted $10,000 in cash. 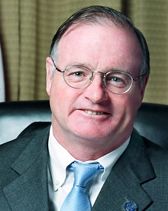