*Update: President Obama referred to the situation in Jersey City at the beginning of his speech.

“I know many of you heard that five officers in Jersey City were shot in the line of duty this morning. I’ve been in contact with Mayor Healy about this issue, and obviously all the families are in our thoughts and prayers. It’s a reminder of what our law enforcement officials do each and every day to protect us and protect our families. Continue to keep them in mind as we go forward," he said.

Update #2: Jersey City officials want to stress that Healy, after meeting privately with Obama, immediately headed back to Jersey City.

HOLMDEL — With five members of his city’s police force wounded in a gun battle with two suspects this morning, Jersey City Mayor Jerramiah Healy came to see President Obama to push for federal legislation to “staunch the flow of illegal handguns into our city,” according to spokeswoman Jennifer Morrill.

Healy had long planned to attend the rally, but was faced with grim news early this morning upon learning that two officers were in critical condition. He made it to the Jersey City Medical Center at 7:15am and stayed until 11:15am

When he arrived at the hospital, the life of one officer was in serious jeopardy, but his condition has improved. Healy said that the department has not yet identified the officer.

“It was very gloomy prognostication, but it’s gotten better and better,” said Healy. “By the time we left, the surgeons, nurses and staff at the JCMC had basically accomplished a miracle and brought this one guy back from the edge… This could be a very happy ending”

Around 2pm, Healy, his wife Maureen and Corporation Counsel Bill Matsikoudis arrived at the pre-rally fundraiser, with Healy sporting a Jersey City baseball cap. He said it would be a short stay.

“I just came down to greet our president and express to him the skill and valor of the JCPD, and make sure we get what we think we deserve,” said Healy as he walked in. 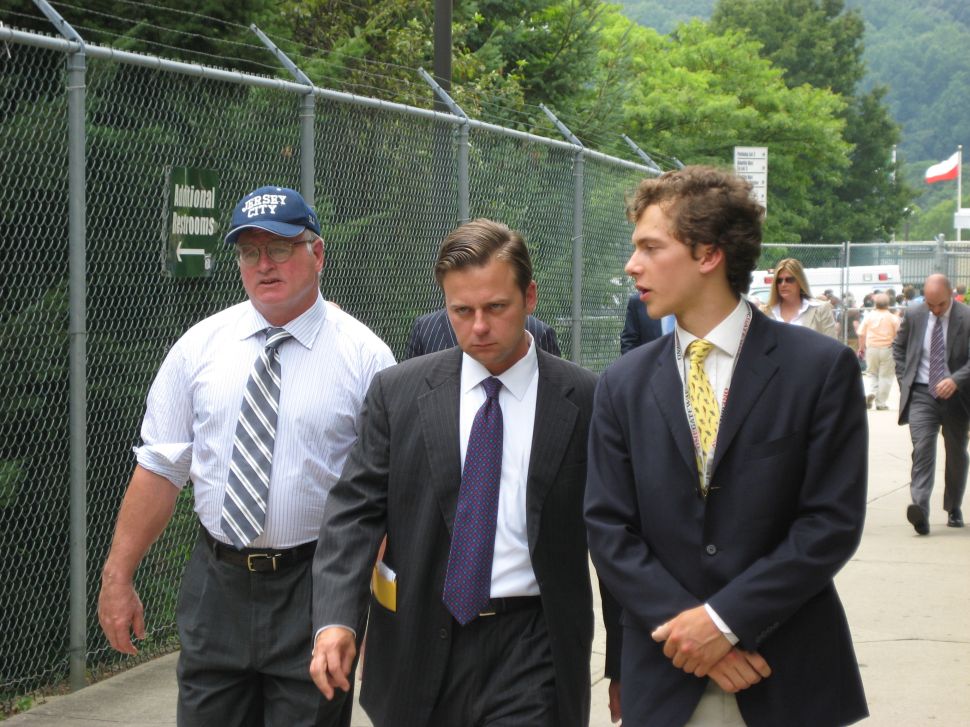