Passaic County Freeholder Director Tahesha Way is coy on whether she’s under consideration for lieutenant governor, but it’s clear that someone has raised the prospect with her.

“I’m very flattered. If there would be any possibility, I would discuss it with my Democratic chairman, John Currie, and my colleagues on the freeholder board,” she said.

Way, a Wayne resident who was appointed to the freeholder board in 2006, is an associate at the law firm of Steven A. Varano in Totowa. She grew up in the Bronx with parents who worked for the New York City Transit Authority before attending Brown University for undergrad and the University of Virginia for law school, according to her freeholder bio. She has three young children

Way said that her initial statement answered the question of whether she had received a questionnaire from Gov. Corzine, who has distributed questionaires to other potential runningmates.

“Right now my efforts are on helping reelect Gov. Corzine and electing Democrat throughout Passaic County. Moreover, my focus continues to be on serving the residents of Passaic County,” she said. 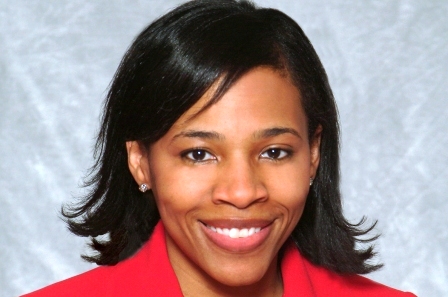