Perezsaid members of the Monmouth County Chapter of the LLANJ observed that Guadagno in her 2007 campaign for sheriff "exploited the undocumented for her political gain"as shemade obtaining federal powers for local law enforcement to battle illegal immigration a "cornerstone of her campaign," and later publicly sought to eradicate illegal immigrants from the county jail.

In a conversation with PolitickerNJ.com last week, Perez said if Christie picked Guadagno as his running mate he wouldn't be able to support Christie. In his letter to the former U.S. Attorney today, he stopped short of dismissing the Republican gubernatorial candidate, asking Christie to repudiate 287 (g) -a specific set of empowerment tools for local law enforcement to combat undocumented workers.

"Based upon the positions you articulated in the past, LLANJ believed that you recoginzed the fallacies of 287 (g) enforcement – fallacies that were documented just last week by the Council onForeign Relations' bi-partian Task Force Reporton U.S. Immigration (CFR Task Force Report), which was co-chaired by Jeb Bush," wrote Perez, who requested that Christie eliminate any doubt bycalling on President Barack Obama to reconsider authorizingthe implementation of 287 (g) provisions for the Sheriff's Office of Monmouth County. 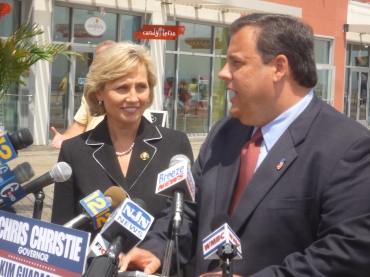