From Democratic leaders, Gov. Jon Corzine continues to face opposition to his outside-the-box consideration of Reality TV star Randal Pinkett for Lt. Governor, whose fledgling candidacy is quickly losing steam. Some say the new "it girl" is first-term Passaic County Freeholder Tahesha Way, a 37-year-old lawyer and college professor who is married to a former NFL player. Senate Appropriations Committee Chair Barbara Buono (D-Metuchen) sent out vibes yesterday that she will not get the nod, leaving some to believe that it's either going to be State Sen. Loretta Weinberg (D-Teaneck) or whatever candidate du jour the anti-Weinberg forces are able to sell to Corzine.

So far, there is only one certainty in the race to become Corzine's running mate: the LG selection process – including an uncomfortable public search for an African American candidate — has become a bit too comical for the comfort of Corzine supporters. Democrats are giving the impression of desperation; even East Orange Mayor Robert Bowser received a call asking if LG was something he would consider. He said no. At this point, new names are being treated with some trepidation. A trial balloon for former Superior Court Judge Theodore Davis, the state appointed Chief Operating Officer of the City of Camden and a Republican, was viewed as too late to be serious. Talk of Seton Hall Law Professor Mark Alexander, who ran Obama's New Jersey campaign in the primary, had a shelf life of just a few minutes.

Combine the LG fiasco (which is mostly limited to insiders; real voters don't know the story yet) with independent polls that continue to show Republican Christopher Christie, ahead and you have a bunch of Democrats legitimately worried that Corzine could lose. Some of these Democrats may not like Corzine, but they don't want to see the governorship fall to the GOP.

Alfred Doblin, the editorial page editor for The Record, wrote a column today dismissing Pinkett as a horrible choice and suggesting that Corzine pick Weinberg:

"Contestants on ‘The Apprentice' vie for the opportunity to work for Donald Trump. They don't get to be The Donald in the event that he has a hair malfunction and is incapable of fulfilling his duties as mogul. Trump wouldn't let someone sans business experience run his empire. The same principle should hold true for running the State of New Jersey.

If reality TV has become the new John F. Kennedy School of Government, then Pinkett, a Rhodes Scholar without experience in government or politics, is perfect for lieutenant governor. And if Corzine is serious about Pinkett, he might as well reach into the cast of ‘The Real Housewives of New Jersey' for the next opening on the state Supreme Court.

Every day brings more speculation on who will be Corzine's choice for ‘LG.' Corzine appears intent on choosing either a female or a black running mate. Message to governor: Choose a qualified running mate. Gender and race are secondary factors."

Doblin's opinion comes a day after the Star-Ledger also bashed a Pinkett candidacy. Corzine may have been willing to stand up to John Farmer, but is he willing to take on Doblin as well?

Watch for Pinkett to simply withdraw his name from consideration early next week, perhaps saying that it is not the right time in his life to pursue a career in public service. It has been a bad week for the Rhodes Scholar-turned-TV personality, who never asked to run for Lt. Governor but rather was courted for the post. He can't be happy that two newspapers have now run scathing opinion pieces suggesting that he is a joke. For the winner of Trump's game show, this has become embarrassing — unless Corzine actually picks him.

Editor's note: maybe the Governor should reconsider The Inside Edge's candidate – Superior Court Judge Joseph Charles, who spent 22 years as an Assemblyman and State Senator representing Jersey City and Bayonne? 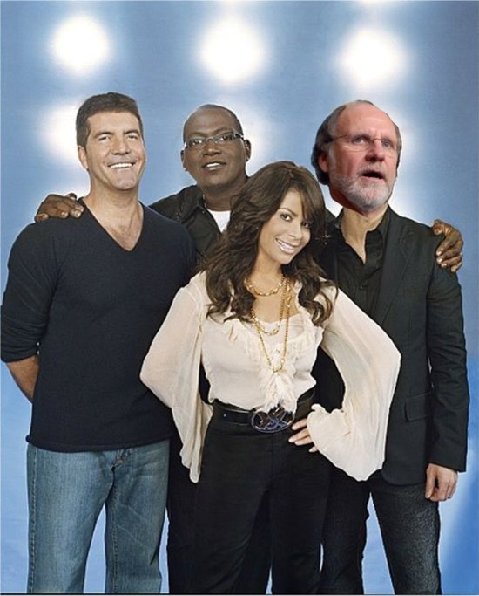