HOLMDEL – Of course, no one gets five steps here without the name Randal Pinkett dropping sooner or later.

Even as state Sen. Barbara Buono (D-Metuchen) gives a shrug from the other side of the crowd as if to suggest she's out of the running but gave it a good try, at least, Assemblyman Wayne DeAngelo (D-Hamilton) says he likes Buono for lieutenant governor.

Maybe Buono was just shrugging as if to say "no comment."

"I don't know the other candidates, but I know Senator Buono and I think she's shown leadership in the senate and mastery of a broad range of issues," says DeAngelo.

Mercer County Executive Brian Hughes says of the PhD businessman and former "Apprentice" star, "He's from Mercer, so we have to support him to the extent we can."

Corzine supporters mentioned Palmer's name early as a prospect then his candidacy fizzled trailing the word "baggage." Sources have said Corzine people approached Bowser as recently as the last few weeks, which he confirms.

Bowserdoesn't believe Corzine's stopping and staying with the Pinkett pick.

"They're fishing," says the veteran mayor.

But everyone's talking about Pinkett, for better or worse.

"What did you say your name was?" says the chairman. 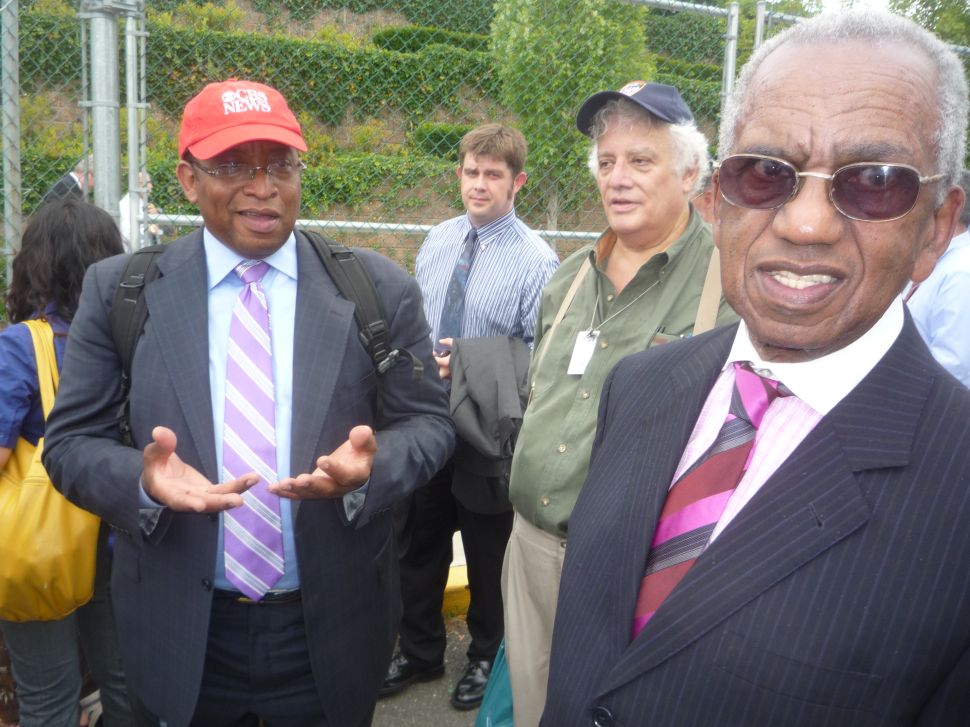