PolitickerNJ.com will release our 2009 Power List of New Jersey's 100 most politically influential personalities on Tuesday, August 4. The list, first released in March 2000, is an Insiders List that includes policy makers, party leaders, fundraisers, lobbyists, labor unions, businesses, and associations and have assembled the ultimate list of New Jerseyans with clout, with an impact on politics and government in the Garden State — everyone but elected officials and Judges. Stay tuned! 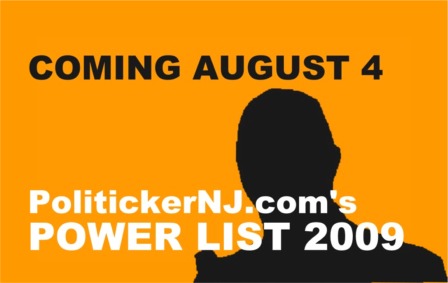