A onetime ally of Peter Cammarano's who called for his resignation after the feds chargedCammarano with taking cash bribes, Assemblyman Ruben Ramos (D-Hoboken) said he called Council President Dawn Zimmer yesterday and pledged to work with her to unite a fractured city.

"Ithink it's going to take an effort from all sides to restore people's faith in government right now," said Ramos. "I've spoken with (soon to be acting) Mayor Zimmer and offered my support. It's the right thing to do. The past is the past. The fact is, she and I havea lot more things in common than different."

Of Cammarano's resignation, the assemblyman added, "It's the right decision for the City of Hoboken. It's a town where everyone comes together we need to bring people together."

He wouldn't speculate about who he intends to support in the November special election for mayor.

"I'm not even at that point yet," said Ramos."Whoever's thinking about running at this point, shame on them. Right now, this needs to be about government, not politics."

He told PolitickerNJ.com that he came here to City Hall on Thursday looking for Cammrano to reach out to him, but the mayor had already left for the day. 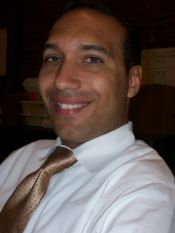