When Republican National Chairman Michael Steele and Republican gubernatorial nominee Chris Christie came to their district on Monday, fourth district GOP Assembly candidates Domenick DiCicco and Eugene E. T. Lawrence were far from the center of attention. But they were happy to see the state party at least paying some attention to their region.

"It opens the door for South Jersey. We don't get a lot of attention down here, and we don't really have a lot of intense representation that really goes to bat for issues the way that we should," said Lawrence.

When Republicans announced Lawrence's candidacy in the spring, they hailed it as a "game changer" in this suburban Philadelphia district with a nearly two-to-one Democratic registration advantage. Lawrence, an African-American former councilman from Gloucester Township, switched from Democrat to Republican to join the ticket. He was soon joined by DiCicco, who is the chief counsel for Zurich's North America Commercial division.

The obvious reason that Republicans think they'll be competitive in the district is that the Democrats have to contend with an unpopular governor at the top of the ticket. But there's more to it than that.

"In the fourth specifically, there is a lot of disenchantment with [Moriarty]," said DiCicco. "There's a lot of disenchantment in Gloucester Township, which of course is in our district, with the local party. So I think it's the perfect storm of people just wanting change and wanting the candidates that actually care about their day-to-day issues as opposed to just an endless assault on their pocketbooks."

DiCicco added that the Republicans had not fielded any "strong" candidates since they lost their representatives – state Sen. John Matheussen and Assemblyman George Geist – in 2003.

Collins and Lawrence were political allies just a few years ago, when they ran unsuccessfully together for mayor and council in Gloucester Township. And DiCicco actually contributed $350 to Moriarty's first assembly campaign in 2005 – the only New Jersey campaign contribution ELEC records show he made. (According to the Federal Election Commission's Web site, he gave $300 to the National Republican Congressional Committee in 2007.)

Republicans talk about the fourth district as potentially competitive.

"This is a race that we are watching very closely, and I stress very closely," said Assembly Republican Victory Director Mark Duffy.

But it takes decent fundraising to make a dent, since Philadelphia has one of the priciest media markets in the country.

Moriarty and Collins came out of the primary with about $52,000 combined, and they have a strong fundraising infrastructure to fall back on. DiCicco and Lawrence, however, have under $400 in their joint campaign account.

Camden County Republican Chairman Rick DeMichele, whose county accounts for about 40% of the district to Gloucester County's 60%, said that he expects the Republicans to be outspent, but will be able to raise enough to run a competitive race.

"We're going to raise money in this district… They can spend all they want. Their record's horrible," he said.

DeMichele tied Moriarty to Corzine, saying that as an assemblyman and recent mayor of Washington Township he double-taxed voters there.

"It's hard to believe, but anybody in Washington Township has gotten taxed by him not once, but twice. Their property taxes skyrocket and the state taxes skyrocket, and the best thing he can do is offer legislation that you shouldn't text and drive at the same time," he said.

Despite having served as Washington Township mayor, Moriarty is considered weak there, and even though he has the advantage of incumbency, Collins narrowly out-polled him among primary voters. Democrats, however, say that Moriarty – who was a well-known television reporter before entering politics — appeals to independent voters.

Democrats aren't fretting terribly about losing seats in the district, but they did put a campaign infrastructure in place, and campaign manager Jennifer Chirco admits that the gubernatorial race does create a challenging environment.

"I don't think you'll find one district in the whole state that won't say the governor's race this year isn't going to put a strain on our targets. It absolutely will," she said.

But Chirco said that Moriarty and Collins have knocked on 1,200 doors already. She took issue with DiMichele's claim that his only accomplishment was the text messaging bill, saying that he has a long list of accomplishments, starting with his 22 years as a consumer advocate investigative reporter.

"He works tirelessly for seniors in his district and has always been friendly to nurses. He's done a number of things for seniors – a senior freeze program, a bill to help emergency responders if they're called out to duty via national service," she said. "Like I said, our guys have been walking for a number of weeks… They're raising money actively, talking to all the local issue groups and solidifying our support in the two counties.' 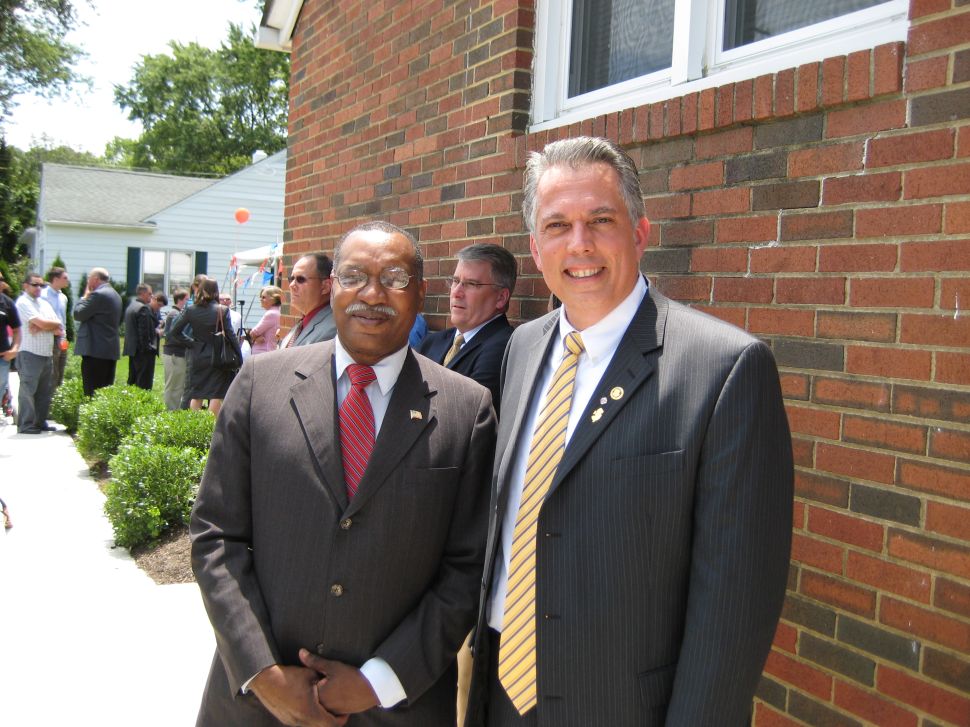