O'Leary initially dug in against some party officials privately telling him toabandon his campaign in this 2-1 Democratic district after a packet of materials titled "O'Leary Crime Family Syndicate" hit the streets in this dockside town.

The packetamong other things alleges O'Leary's brother's establishment of the South Amboy Democratic Club to solicit contributions from "active and potential businesses and individuals wishing to obtain employment or do business with the city or housing authority," charges the mayor with giving his brother a no-show job as director of the South Amboy Housing Authority, andwith personallyprofiting from public insurance work countywide.

While professing no wrongdoing, on reflection these pastfew weeks, Mayor O'Leary said he hardly feels as though he's reached a conclusion about whether or not he intends to run.

"If I'm going to do something, I'm not an insider in Trenton or in Middlesex, andI will notify the pressfirst,"O'Leary told PolitickerNJ.com."I'm weighing out all the options.

"I'd be lying ifI said it wasn't something I'm thinking about," said O'Leary when asked about the possibility of him aborting his run for the legislature.

He denies it's partypush back that has him thinking.

"The only thing that's put pressure on me is a local issue where I'm involved in a lawsuit,and in which my political opponentshave waged a personal attack on me," O'Leary said.

Middlesex County Democratic Chairman Joe Spicuzzo said he has notdiscussed the situation with O'Leary in about a month.

When they last spoke in the midst of the damaging headlines,"I told himit's his call, butI suggested to him he would do much better to get this problem straightened out instead of running for office now," Spicuzzo told PolitickerNJ.com. 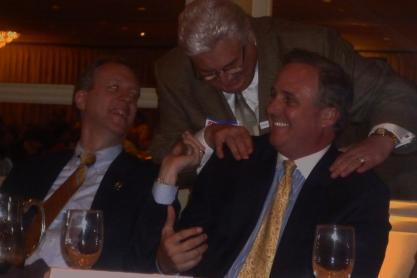