It’s been a year and a half since Mayor Bloomberg unveiled his plan to remake the storied amusement district of Coney Island, and some time before Aug. 7, according to the Department of City Planning, the City Council has to take an up-or-down vote on the proposal. (I wrote about it this week, focusing on the area's main landlord, Joe Sitt.) Getting to this point has been a fight on all fronts—there’s general consensus that the area needs revitalization, but just how to do it is the issue—complete with songs, sermons from a faux preacher, a hunger strike and an intransigent landlord.

Going into the final stretch before the plan passes in some form (or fails, though that’s unprecedented), here’s a look at some of the fight's key players. 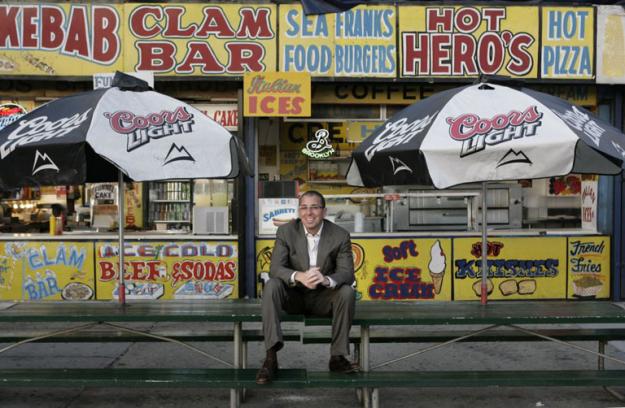 Before he became interested in buying land at Coney Island, Joseph Sitt, chairman of Thor Equities, wasn’t a blip on the mayor’s radar. Then he bought up the bulk of the land in the central amusement area and urged development plans the Bloomberg administration rejected (though theirs aren’t all that different, at least relative to what others are proposing), and city officials then tried to politely push him aside.

That was two years ago, and now he’s still there. He’s a thorn in the mayor’s side, as he is pushing for major changes to the Bloomberg plan that would make for far less housing and retail. His assent, of course, isn’t needed. But thus far, he’s had the ear of local Councilman Domenic Recchia, who can block the plan given that the Council typically defers to the local member.

The city’s offered Mr. Sitt $105 million for his land. He says he’s spent $144 million, including debt service and consultant fees. He wants $166 million. 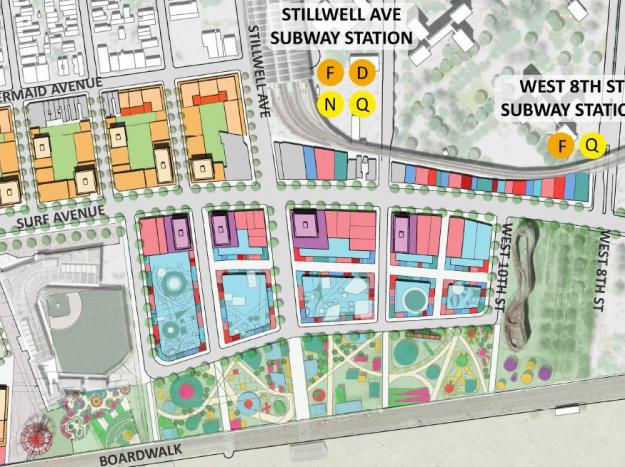 The city’s plan calls for taking Coney Island's underused, mostly vacant area zoned for amusements and changing the zoning to allow a new mix of uses. This involves taking much of Mr. Sitt’s land and designating it parkland—a space for open-air amusements. The central amusement area would have 9 acres of this parkland, a set of indoor amusements, and a mix of small retail and restaurants, along with a set of tall hotels.

It needs hundreds of millions of dollars for infrastructure and acquisitions, the vast majority of which has not been budgeted. Officials have acknowledged the plan could take over a decade, raising questions as to the feasibility of the initiative ever getting carried out in the way imagined (many other administrations have tried to revitalize Coney Island, after all). 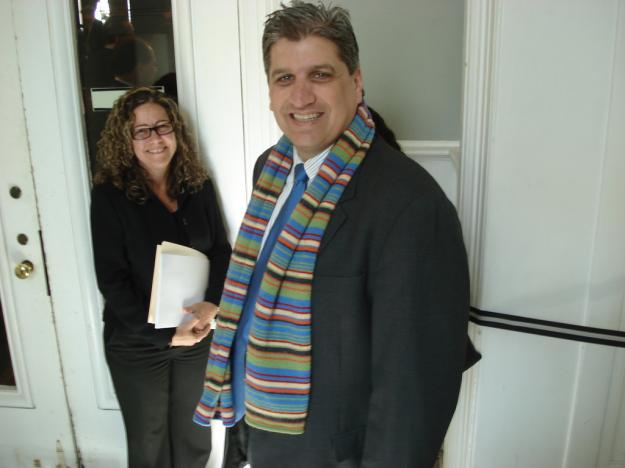 Warm, loud and passionate about Coney Island, Councilman Domenic Recchia is at the center of the debate. He’s been trying to broker a deal with the city and Mr. Sitt for months now, to no avail. Generally, he’s been sympathetic to Mr. Sitt’s arguments, as he first encouraged him to develop the area (after going to a number of other developers with the same request) back at the start of the Bloomberg administration. 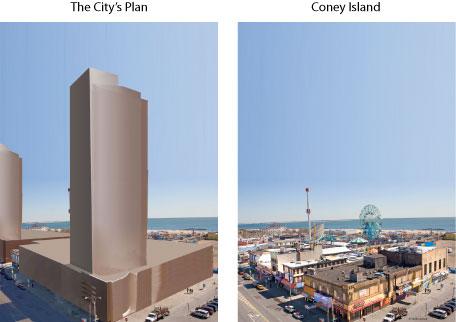 As issues affecting Mr. Sitt have been the focus of many on the Council, dialogue has been muted on other issues of more consequence. The city has proposed putting a series of hotels at the northern edge of the amusement area, in part to subsidize the indoor rides that would presumably lose money on their own.

This has incensed two main groups: the organized set of freak nostalgists who have generally gathered with the non-profit Coney Island USA; and the Municipal Art Society, which seems to have taken less of a public role lately. They charge that the main amusement area has far too much dependency on uses other than rides. They charge it would destroy the Coney Island spirit that exists today, and wouldn’t have enough amusements to support the thriving district that all parties desire. 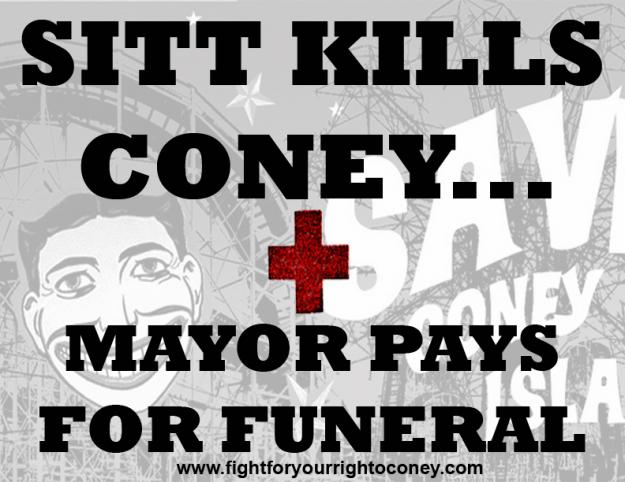 Not that the protesters are all that powerful policially (they aren't), but they've at least added color to the whole debate. Here's a sign they've printed as part of their endless series of rallies, protests, and demonstrations at hearings. They tend not to be big Joe Sitt fans. 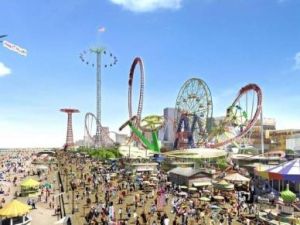 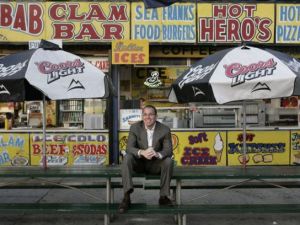 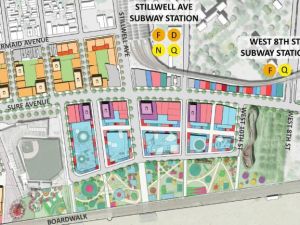 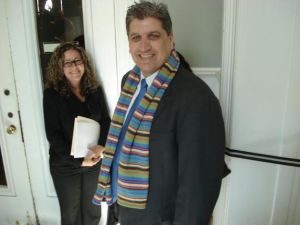 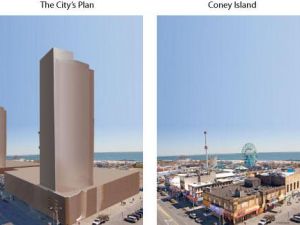 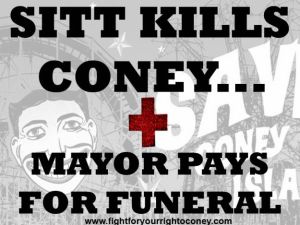