"Iwas on the fence regarding how much supportI was going to give Gov. Corzine,but with thesenator now on the ticket,I enthusiastically support his re-election," said Smith ofWeinberg, alongtime foe of the Bergen County Democratic Organization.

"Ithink she's a quality individual with a record of standing up for regular people," added Smith, now in the middle ofhis second term as mayor."We need more leaders like Loretta Weinberg, whomI respectfor herfight for quality and good government.Ithink it's an awesome pick, and it definitely energizes independent progressive Democrats.

"We're excited," Smith added."We're reformers, but we're still Democrats. We're looking to take the boss system out of the party so the party speaks for and by the people. I definitely can't wait for her to come to Union County."

As recently as a month ago, Smith said 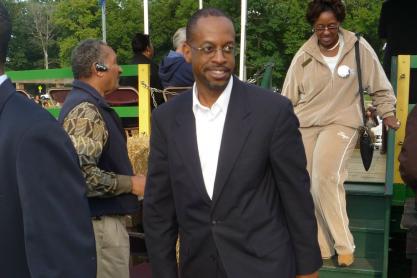