HOBOKEN – Council President Dawn Zimmer is scheduled to assume the oath of office of acting mayor at noon here in City Hall.

Zimmer will serve as acting mayor until a special November 3rdelection. The winner of that election will fill the unexpired term of Mayor Peter Cammarano, who resigned today, effective at noon.

He is charged in federal court with accepting $25,000 in cash bribes in connection with trying to finance that campaign.

"He is fighting on every front a man can possibly be fighting on right now," said a friend of Cammarano's, who spoke on condition of anonymity.

A photographer and community activist, Zimmer ran for the 4th Ward council seat in 2007, winning only after a runoff with then-Councilman Chris Campos.

Just as in her council race two years earlier, Zimmer yielded to Cammarano only after a runoff.

If she runs to secure Cammarano's unexpired mayoral term – as she many presume she will – the November special mayoral election will be her thrid election in six months. 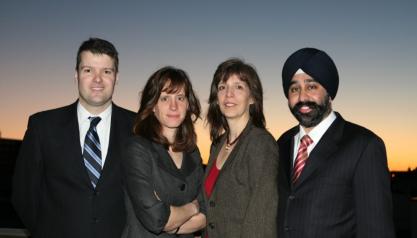