A Democratic candidate for Hamilton Councilwoman who worked for a non-profit slammed by the state Comptroller says her job was to write press releases and place advertisements and said she played no role in the misuse of funds for cruises, dinners in Atlantic City, and a trip to Florida.

In a statement released today, Wendy Sturgeon says that her role with the Hamilton-based Allies, Inc. did not involve decision making at the management level. Sturgeon was the Director of Marketing and Public Relations from 2007 to 2009.

"Because my role with Allies did not entail involvement in the planning, budgeting, or decision making at the management level for the activities mentioned in the Comptroller's report, I had no knowledge of the alleged wasteful spending or irresponsible disbursements he has alleged to have occurred," said Sturgeon, who told PolitickerNJ.com that she first learned of the state Comptroller's investigation when she read a newspaper report.

"I am saddened and angry to learn of allegations that clients that I advocated for may have had funds diverted away from their care," Sturgeon said. "I was committed to my job of furthering the success of Allies through public relations and marketing."

State Comptroller Matthew Boxer has alleged that Allies misused funds meant to service the developmentally disabled, including $111,851 to cover the cost of two cruises, $2,690 to pay for dinner at the Cuba Libre Restaurant & Rum Bar at the Tropicana casino in Atlantic City, and $1,345 for a trip to Lake Buena Vista, Florida.

Sturgeon maintains that she was one of more than 500 people employed by allies, although most of them were assigned to client services and not part of the office staff. In a profile posted on the linkedin.com website, she posts a more important view of her responsibilities. 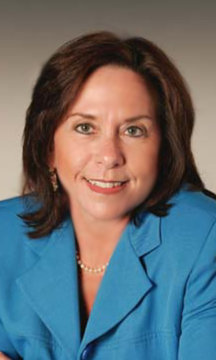