The presence of GOP gubernatorial candidate Chris Christie's float at the Indian Independence Day Parade on Sunday came as a broadside to Democrats who didn't field a rival "Corzine" four-wheeler in what is generally a Democratic Party safe zone.

As reported over the weekend on PolitickerNJ.com, Sheriff Kim Guadagno, the Republican lieutenant governorcandidate, stood front and center behind the parade's main banner before going back and climbing aboard Christie's campaign mobile, where she and her sons waved to the crowd.

Assemblyman Upendra Chivukula (D-Franklin Twp.) objected, however, to the interpretation of the event as a Republican victory lap on Democratic turf.

"Perhaps the presence of the GOP Lt.Gov. Candidate Kim Guadagno caused a media buzzbecause it is rare to see Republican top brass at Indian-American events," Chivukula said. "There was a very strong presence of Democrats at the Indian Independence Parade as a demonstration of our party's long-standing committment to diversity, not one that surfaces only at election time.

"As the only South Asian lawmaker in the New Jersey General Assembly, I say this with conviction and from experience."

Although he lacked the float perch of Guadagno, U.S. Rep. Frank Pallone (D-Long Branch) walked on behalf of Corzine.

"I cannot think of a better representativefor Gov. Corzinethan Congressman Pallone who is among the most beloved and respected leaders inthe Indian-American community," Chivukula said."He has a long-standing recordof advocacy of importantissues and concerns of Indian-Americans including immigration reform, racial profiling and freedom to practice one'sfaith and heritage.

"I cannot think of a better representative than the man we often refer to as the first Indian-American Congressman in the U.S. because of his leadership role in strengthening U.S.-India ties and growing support for the world's largest democracy in the U.S. Congress. Under his stewardship, the Congressional Caucus on India and Indian-Americans hasgrown tothe largest country caucus in theHouse of Representatives."

Chivukula said for the record thatCorzine has attended more political and cultural Indian-American eventsthan any other governor or non-Asianstateofficial thathe can remember. 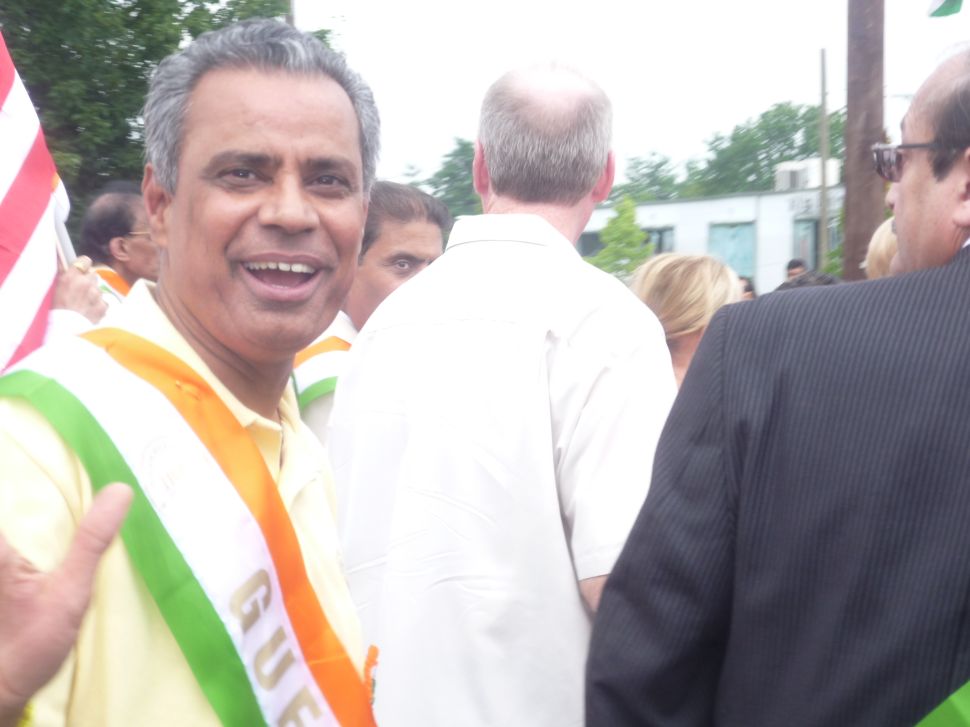