UNION CITY – Chris Christie appeared to vouch for Brian Stack's integrity during a visit to Union City tonight amid speculation that the popular mayor and state Senator could endorse the GOP candidate for governor instead of his party's standard bearer, Gov. Jon Corzine.

For Stack, praise from the former United States Attorney is a big dealin the middle ofa corruption scandal that has weakened Democratic machines in Hoboken, Jersey City, Secaucus, and Bayonne. Sources say Stack is the "Union City official" in a criminal complaint filed nearly two weeks ago against Shimon Haber as part of a federal corruptionsting resulting in the arrests of 29 elected officials and/or political operatives.

"I don't know anything about that," Christie said, referring to the Haber complaint. "As far as I know, he's (Stack's) done nothing wrong. You see the reception that people give him here on the streets.He's an elected official who works very hard for the people here, and it shows."

Stack, clearly pleased, walked Christie around a crowd of local residents in a city that Corzine won with 79% of the vote four years ago.

"Do you think he would have come here and be seen with me if I had done something wrong?" Stack asked.

When Christie addressed the residents, he made sure to call Stack his "friend."

Later in the evening, Stack also escorted Corzine around the National Night Out event.

While serving as the federal prosecutor, Christie dropped a subpoena on Stack, probing the legislator's alleged steering of funds to the nonprofit organization where Stack's the-wife worked.

Christie is making an active bid for votes in urban areas of the state that traditionally support Democrats with huge pluralities.

"I told you at the start of this campaign that we would come to the cities and I would present my plan for our cities to the people who live here, and that's what I did here today," said Christie. "I wouldn't expect the mayor's endorsement. He is a Democrat. Heinvited us here and we accepted hisinvitation." 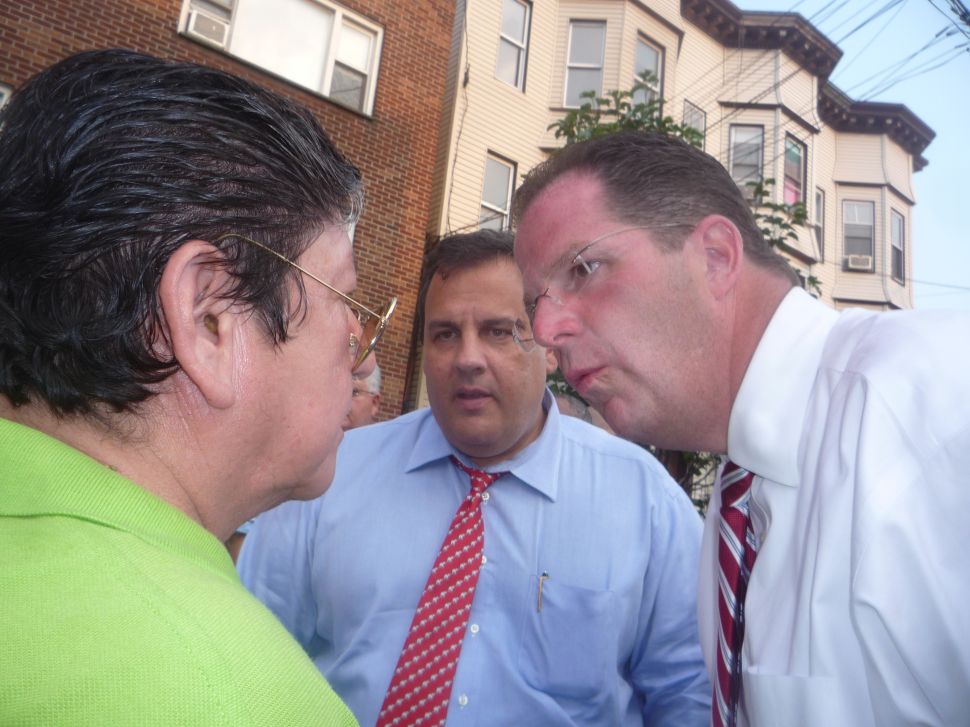