Mark Warren, a New Jersey Democratic political consultant, is the new Director of Candidate Services at the Democratic Congressional Campaign Committee. Warren has worked for numerous New Jersey candidates and has close ties to South Jersey Democrats. In 2002, he was the campaign manager for Joseph DiVincenzo in a hotly contested Democratic primary for Essex County Executive. According to an e-mail from Warren, his department "provides support and guidance for the campaign programs of Democratic Congressional candidates, Red to Blue candidates, and Frontline Members" and works closely with campaigns "to ensure their finance teams are adequately staffed and fundraising goals are met."

"He's one of the best. Meticulous to detail. Smart, loyal, and knows the drill," Democratic strategist Steve Ayscue told PolitickerNJ.com. "I've always been a huge fan of his." 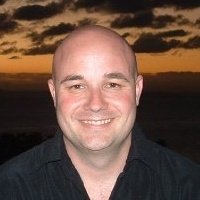