Former State Sen. Joseph Coniglio (D-Paramus), convicted last April on five counts of mail fraud and one count of extortion connected to allegations of influence-peddling, will be sentenced tomorrow morning before U.S. District Court Judge Dennis Cavanaugh. Federal prosecutors are recommending a sentence of 63 to 78 months, although Cavanaugh can impose any sentence within or outside of sentencing guidelines.

Prosecutors charged Coniglio, a Bergen County Democrat who served in the Senate from 2002 to 2008, with a scheme to trade a $5,500-per-month consulting contract with Hackensack University Medical Center in exchange for millions of dollars in grants from the state budget. 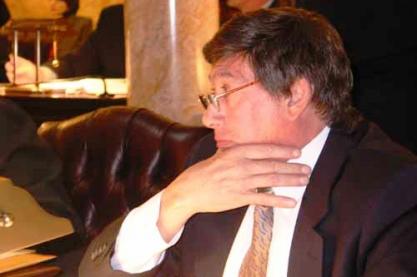