Republican Assembly candidates Irene Kim Asbury and Marie Day now find themselves running in a district where both sitting assemblymen are under indictment for different reasons.

Asbury, an attorney from Jersey City, thinks that will make the race competitive, even in a district where Democrats outnumber Republicans eight to one. Still, she acknowledges, “this is Hudson County. “

“It’s an extremely Democratic County,” she said. “I think I’d still have to prove that I can do the job. It’s very easy: don’t do anything illegal. Don’t take bribes or funnel money through my legislative aides.”

Chiappone plans to continue his candidacy, although Governor Corzine and Assembly Speaker Joseph Roberts (D-Camden) have both called for his resignation. The district’s other indicted assemblyman, L. Harvey Smith (D-Jersey City) – who was arrested last month for allegedly taking bribes from a federal informant posing as a developer — opted to run an unsuccessful campaign for mayor of Jersey City instead of seeking reelection. Democrats picked police detective Charles Mainor for his place on the ballot.

“Everyone says the same thing [about Chiappone]. He’s a great guy, he’s really nice but hasn’t really done anything,” said Asbury. “I know I can do a better job.” 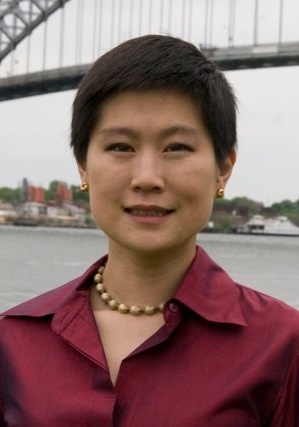