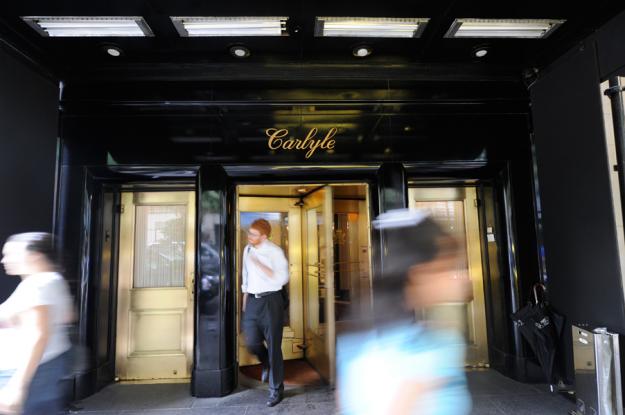 The only bad thing about New York’s monstrously plush and gargantuan real estate is that it tends to land in such unworthy hands. So it's a relief that a two-bedroom suite on the 16th floor of the Carlyle belongs to someone David Foster Wallace once described as "both flesh and, somehow, light." The Roger Federer Suite, which costs $3,075 per night, is where the celestial champ has stayed during the U.S. Open since 2007, and he'll rest his head on its custom R. F.-monogrammed pillows again later this month. A very nice woman who’s connected to Rosewood Hotels, which owns the Carlyle, agreed to give The Observer a rare look inside last week. "We need to update," she said at the front door, where an introductory plaque says Mr. Federer has won 13 grand slams (June’s French Open was No. 14 and July’s Wimbledon was No. 15). On the plus side, the suite has a sleek little kitchen with a 24-bottle mini-bar and an espresso machine; a long living room with a white orchid, a gargantuan quasi-Picasso, two giant shiny black vases, a giant antique-mirrored disc that looks vaguely cocainey and a book on Jacques Helleu; two hefty closets in the foyer, where there's also a horn-handled metallic tray; and a master bedroom with a leopard-print rug, four mirrored bedposts and a comfy-looking tub. (As it happens, the apartment was designed by a musical theater actor named J. Cameron Barnett.) Mr. Federer apparently prefers the suite’s second bedroom, which comes with bottles of water and a plate of chocolates. "Some say this one has better feng shui," a housekeeping manager explained as he put on the matching R. F. pillowcases. The bed is firm, but not too firm. His bathroom, coated in black marble and horizontal bands of gold trim, comes with products like Kiehl’s Crème de Corps ("Beta-Carotene gives natural deep yellow color"), and there’s a bench in the shower! "It’s cool," our guide explained, "very relaxing."

All photos by Shravan Vidyarthi. 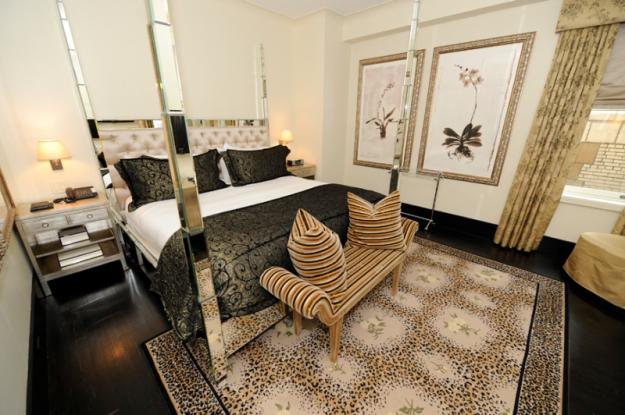 All photos by Shravan Vidyarthi. 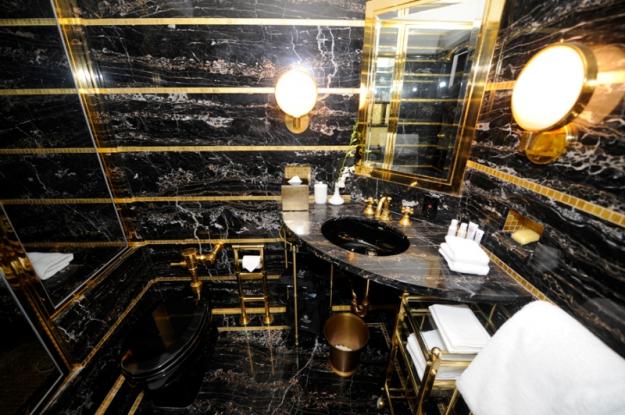 The bathroom in what's technically the master bedroom has a tub, but this one only has a shower--and a shower bench. "It’s cool," our guide explained, "very relaxing." 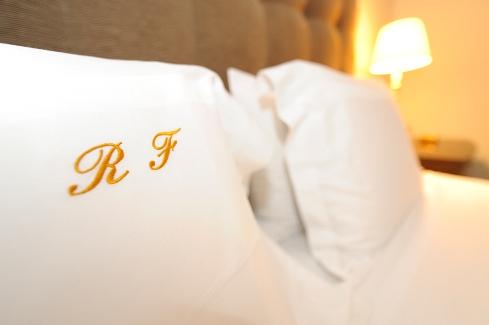 Sadly, Mr. Federer's monogrammed pillowcases are only used by the man himself, though a Carlyle housekeeping manager (and an assistant) agreed to show us what they look like.
Advertisement 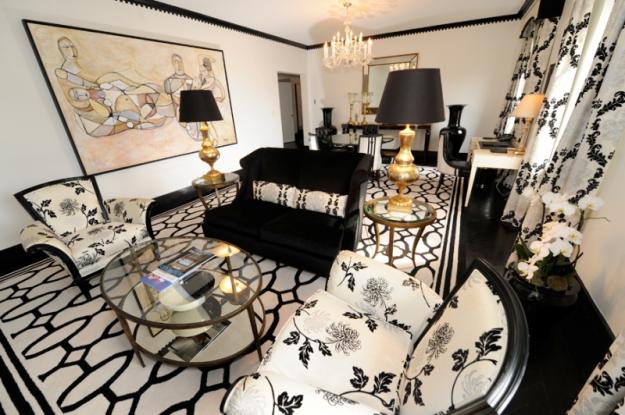 More Tennis Coverage from The Observer:

The Observer's Up-to-the-Minute US Open Coverage, Live From Arthur Ashe 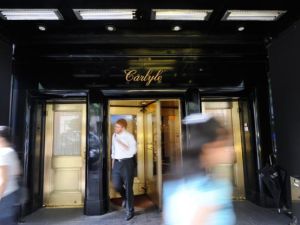 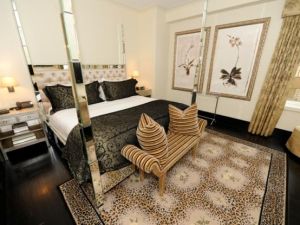 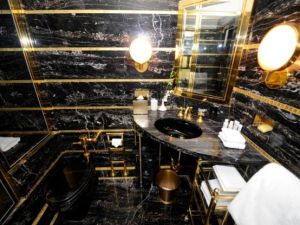 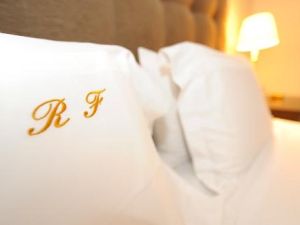 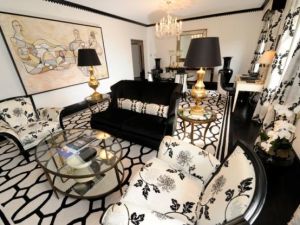