Felix Martinez, the former New Jersey Bureau Chief for WNBC-TV, passed away on Sunday morning after a long illness.

According to his friend, WNBC-TV reporter Brian Thompson, Martinez was known as "The Latin Assassin," a moniker bestowed by Peter Facini four years ago.

"During the Corzine-Forrester campaign, it was left to Felix to ask the tough question of Forrester down in South Jersey, ‘Did you ever cheat on your wife?' Felix, to his everlasting credit, did not want to ask this otherwise 'tabloid' question. But the Forrester campaign had just launched a commercial using Corzine's ex-wife, and the deed had to be done. His fame as The Latin Assassin, He did it, and the legend of the at-first reluctant Latin Assassin was born," said Thompson, who was the Best Man at Martinez's wedding at his hospital bedside on Friday. 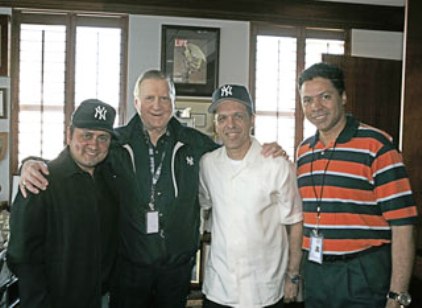