Some sad news: Bill Cahir, who covered New Jersey politics as a reporter for the Times Express, was killed was in Afghanistan, according to a report in Politico. He was 40. A former Newhouse News Service Washington correspondent, Cahir joined the Marine Corps after the 9/11 terrorist attack.

Cahir had already completed two tours of duty in Iraq. He has also worked for two U.S. Senators, and in 2008 sought the Democratic nomination for Congress in Pennsylvania.

He is survived by his wife, Rene Browne, who is pregnant with twin girls, Politico reported.

“Our country has lost a great Marine, a family has lost a son and a husband, and I have lost a friend and colleague. Bill had to lobby the Marines to let him enlist at age 34, but he wouldn’t take no for an answer. He was determined to serve his country in its hour of need, and he did so with honor and distinction," U.S. Rep. Rush Holt (D-Hopewell) said in a statement today.

“Bill was a skilled, diligent, and determined journalist – one of the best I’ve encountered. When we spoke in between his tours in Iraq, his insights and observations helped me understand what was happening on the ground in Al Anbar province and in the rest of the country. He also helped me understand the daily lives of our troops – their concerns, needs, and hopes. He would have been an outstanding member of Congress, and I hope his example of service will inspire others. My thoughts and prayers are with his wife Rene and his entire family," Holt said. 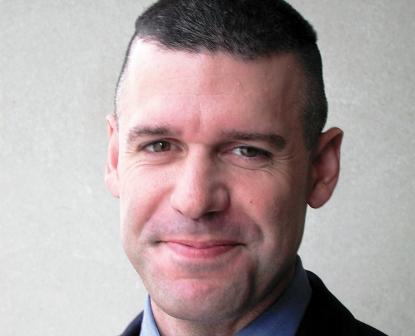