WOODBRIDGE – As Democrats continue to wage a low-grade civil war in the 19th District, Republicans Richard Piatkowski and Peter Kothari have struggled to stayin tandemand are now mutually feeling party pressure to get out of the race,depending on what happens at Wednesday's special convention, where Democratsseek a successor to embattled South Amboy Mayor John T. O'Leary.

Again they're having a hard time agreeing on a strategy.

Kothari says he would consider backing down for the good of the Republican cause, while Piatkowski says he's intent on being the candidate from Perth Amboy.

"Whatever the party wants,I can do it," said the former, when asked if he's heard rumors about the Republican Party dumping him for a candidate with potentially better name ID, strategic import and more resources to take advantage of rival party blunders.

"Iwill definitely consider it," the GOP Assembly candidate from Woodbridge said when asked if he couldleavethe contest."My priority is getting Chris Christie elected as our next governor. We also have to reclaim the 19th District. If the party wants to put someone here it believes would make our chances more strong, then I'm ready to fight for that candidate."

Piatkowskidefended both himself and Kothari. Heargues the two of themhave not yet received adequate resources from the party to put up a winning fight in this 2-1 Democratic Party bastion where the majority has suffered from corruption charges, ongoing party infighting, low-polling numbers registered by incumbent Democratic Gov. Jon Corzine, and arguably Christie's repeated insistence on competing for Latino votes.

"If i were such a bad person, Iwouldn't be running for the Assembly,"Piatkowski told PolitickerNJ.com.

Despite their less than coordinated campaign, the Perth Amboy half of the team said he doesn't believe Kothari should exit the race either – regardless of what the Democrats do next week at their special convention.

"Peter has a lot of support,and I don't understand how he would believe he could not be a strong part of the ticket," said Piatkowski, who supporter Mayor Steve Lonegan in the gubernatorial primary."I haven't talked to him about this, buthe shouldn't second-guess himself. He's known and he has resources. It's noble of him to say that he would get out for the good of the party, but there's no wayI want to step down from this. I was in this race backwhen Joe was going to run, andthe party saidI would have their support for my candidacy."

District sources say that as the state's Sept. 16th deadline for swapping candidates looms,what Republicans decide to do about Kothari and Piatkowski hinges heavily on the Democrats' next move.

The mayor, who's backing hometown candidate retired Edison Municipal Judge Craig Coughlin in next week's Democratic Party convention showdown between Coughlinand retired Superior Court Judge Mathias Rodriguez of Perth Amboy to fill a vacancy created first by Vas's and then later O'Leary's departure from the field,wants first to protect his base: the city council.

That'sone of the main reasons why Coughlin – and not Ward One Councilman Charles Kenny – is runningfor the party's backing as the politically connected Woodbridge candidate.

A 12-year veteran who's up for reelection this year, Kenny has more value right nowas a local prospect.

McCormac's next zone of concern is the 19th District, and in this regard he has no qualms about backing a Woodbridge ally against Perth Amboy Mayor Wilda Diaz and her candidate, Rodriguez. If it'stown versus town in a political fight, McCormac is the mayor of Woodbridge, not Perth Amboy.

Certainlythe old school McCormac – treasurer under former Gov. Dick Codey who was one of the people displaced by the Wall Street team Corzine planted in Trenton – never felt close to Corzine.

Some statewide Democratsquietly affirm that Corzine's reelection chances would be helped by the presence of a Latino candidate in the 19th District – someone who could help driveDemocratic Party numbers inPerth Amboy, a city where 70% of the nearly 50,000-strong population is Hispanic, while complementing veteran Assemblyman John Wisniewski (D-Sayreville).

While grudgingly acknowledging McCormac's local allegiances, they can't help but discern in the mayor's backing of Coughlin over Rodriguez, a Puerto Rican with roots in Woodbridgeand over 30 years in Perth Amboy, apolitical dagger pointed at the Corzine camp.

Republicans are alert to the turmoil, and sources say in the event Coughlin defeats Rodriguez next week, the GOP would have added incentive to dump Piatkowski and Kothari and swap in a duo that would include a Latino from Perth Amboy, who would be well connected enough to giveRepublicans a shot here, while also providing the added bonus of ginning local support for Christie in a town that in other circumstances should be a lock for Corzine.

Sources say one teamsuggested is Sayreville Mayor Kennedy O'Brien and Perth Amboy Republican Chairman Reyes Ortega,who could expect to bebetterfinanced through state party channels than the GOP ticket currently in play, according to sources; but Ortega evidently doesn't to run.

In addition to acommitted Piatkowski, who was used to standing up to power in the form of Joe Vas, andwho may notgodown without a fight, even it it pits him against his own party, Republicans wholike other optionsmust contend with the idea that a game change thatwould leave the Republicans without a candidate from Woodbridge could weaken – not help – their chances here.

But the calculation of aGOP intent on electing Christie governor and sensing opportunity among Latino voters mightbe that McCormac's short-term gain now is of less strategic importance than Corzine's political demise. 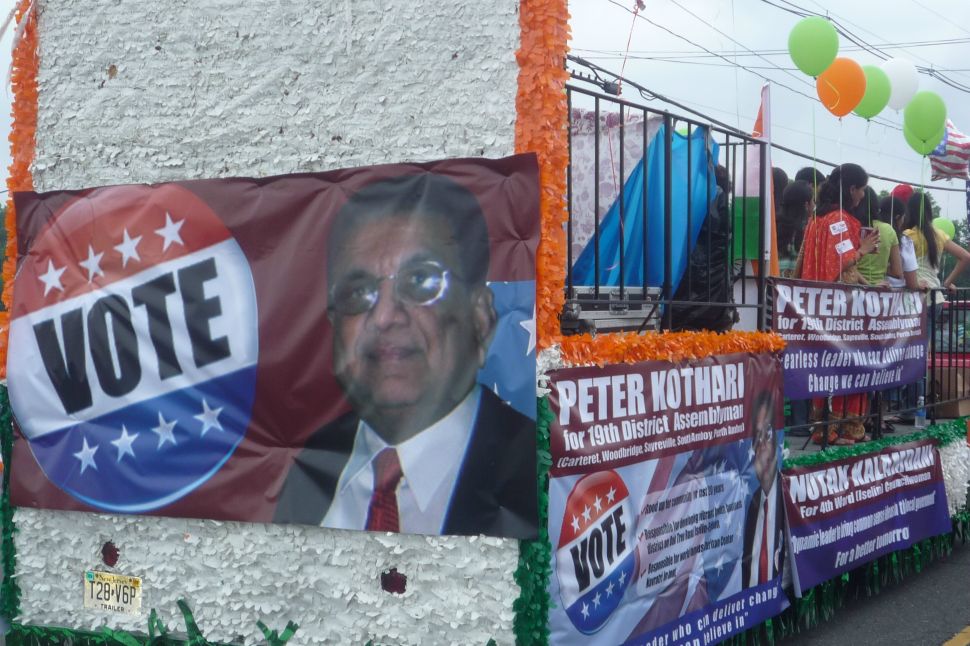