Seeking to portray their opponent as a hapless enabler of corruption who threw a lot of money into the accounts of officials now either fighting in federal courtrooms or headed for a jail cell, Team Christie today issued a release brandingGov. Jon Corzineas the "number one financer of corrupt politicians and countybossesin New Jersey."

Ferrierofaces his own corruption trial this fall.

While he could have used his vastpersonal fortune to stand outside and aggressively reform the system,Wall Streetbanker turned U.S. Senator and later governorinstead cocooned himself into it, said Christie's running mate, Sheriff Kim Guadagno.

“Governor Corzine should be the one setting a strong tone from the top that corruption in any form and by any one is unacceptable," Guadagno said."Instead of standing on the sidelines watching the problem grow and ignorantly rewarding party bosses, Governor Corzine should be stopping the money flow and demanding reform. Jon Corzine’s obliviousness to political corruption and his continued enabling of corrupt politicians and party organizations raises serious questions about his judgment. One thing is clear from his ineffective approach on corruption, you can’t change Trenton from the inside."

"He's [Corzine] giving money to party bosses whose idea of party building is to keep themselves in power, to make more money and to urge the legislators from their counties to vote against reform," Weinberg told the newspaper.

Running for the office of lieutenant governor with Corzine, Weinberg today stood by the governor's record and returned fire in the process.

"PerhapsChris ChristieandKim Guadagnomight have read the governor's executive orders, which turned pay-to-playand other evils back, and instead of being out there criticizing they should have lauded thegovernor for composing and signing an executive order which closed every loophole on pay-to-play at the state level," Weinberg said.

"This is, of course, the silly season, but I would prefer to hear specifics from Chris Christie and Kim Guadagno abouthowthey wouldchange Trenton as so-called outsiders," the senator added. "They argue that you can't change this business from the inside. But you change it by passing laws."

Much the same way she did last week when she went after Christie's insider ties to the administration of former President George W. Bush, Weinberg objected to the Christie campaign's packaging of rival Guadagno as an outsider who would land in Trenton as a get-tough reformer.

"Idon't know Sheriff Guadagno – Imet her once at a senate testimony; and I will say I'mhappy to see a sheriff who's a woman, but this is a candidate who served on a local council who was preparing to run for the Assembly, whochanged her mindand ran for sheriff," Weinberg said."Now, she didn't run off the line when she ran for sheriff, did she? Presumablyshe receivedthe ok of the party bosses to run on the line. Her husband, asuperior court judge, wasnominated by a senator (state Sen. Joseph Kyrillos (R-Middletown). That's hardly somebody who doesn't know a little bitabout how insider politics works. Let's stop the inside/outside exchange game. The bottom line is Iknow Governor Corzine has taken bigger and bolder steps than anyone before him." 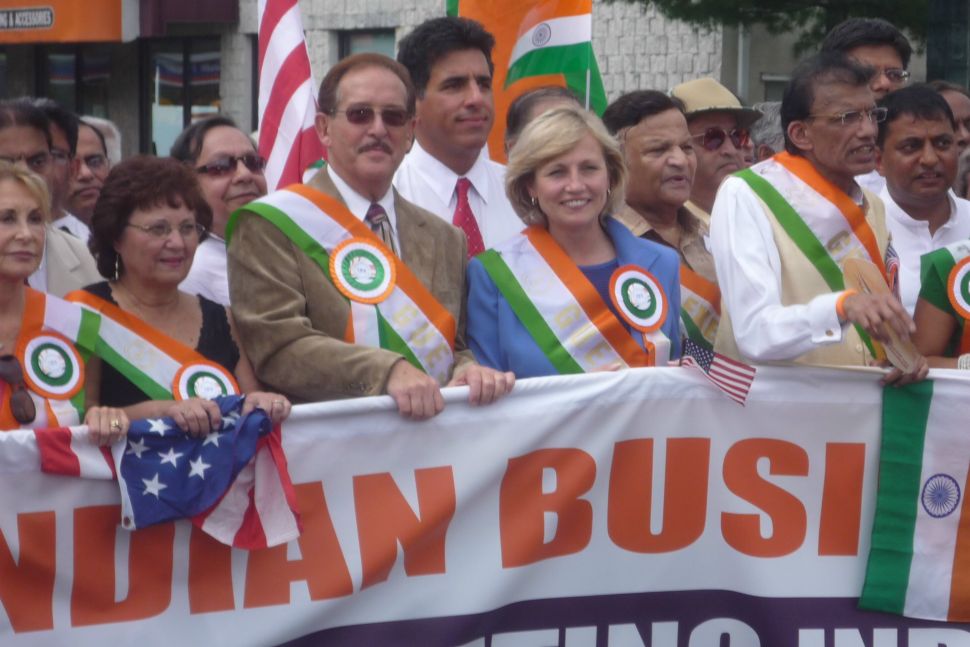