A Superior Court Judge this afternoon in Elizabeth tossedthe HillsideTownship Council's request for acourt injunctionand restraining order against Mayor Joe Menza to prevent him from keeping three key cabinet members on the job and attending council meetings – at least until a court date on Sept. 2nd.

In office a little over a month and at odds early with the Township Council, Menza invokedhisduty under the Faulkner Act when heselected a township attorney, acting business administrator and auditor.

The councilby a 5-2 vote simultaneously maintained its right tooversee those hires, and moved to restrain Menza frommaking his appointments.

The council ishopeful the court will ultimately decide in the council's favor.

"It's important that we have the right to give advice and confirm," said Councilman John Kulish, who was council president when the council grated up against former Mayor Karen McCoy Oliver,a onetime rising star who ran afoul of the local Democratic Party machine.

An independent who ran with the backing of GOP gubernatorial candidate Chris Christie, Menza is expected to make an official endorsemnt of Christie sometime in the coming weeks.

In the meantime, the town currently has two attorneys – one selected by Menza and one retained by the governing body. 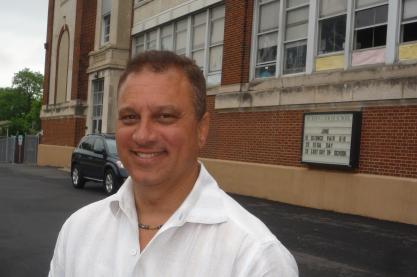