Former U.S. Attorney General Nicholas Katzenbach says he can't imagine Robert F. Kennedy didn't talk to Democratic leaders about running for the U.S. Senate while he was still Attorney General, but says that it's a different situation than Chris Christie talking to Karl Rove.

"The Attorney General doesn't do the investigations of cases or determine what cases should be brought in any event," said Katzenbach, a Princeton resident who served as the Justice Department's No. 2 under Kennedy and currently lives in Princeton. "I think if a U.S. Attorney had called anybody political in the White House without first consulting the Attorney General, whether it was me or Bobby Kennedy, he would have been asked for his resignation."

Katzenbach, 87, became Attorney General under President Lyndon B. Johnson after Kennedy was sworn in as a Senator from New York in 1965. Katzenbach served in that position for almost two years, from early 1965 to late 1966, before being appointed Under Secretary of State.

A registered Democrat, Katzenbach said that he has not taken an active political role in anything since he testified against impeaching President Bill Clinton in front of Congress in 1998. In an interview with PolitickerNJ.com last year, he called Christie's appointment of former Attorney General John Ashcroft to a no-bid federal monitoring contract "inappropriate" and "as wrong as it can be."

Gov. Corzine's campaign pounced on this month's revelation that Christie spoke with former Rove – President George W. Bush's political point man – about a potential gubernatorial run while he was still U.S. Attorney. Christie dismissed the conversations as "social," but Corzine, other Democrats and an outside ethics watchdog group think have called it a potential violation of the Hatch Act

Katzenbach said that, given the alleged politicization of the Justice Department that took place under former Attorney General Alberto Gonzales and Rove's involvement in it, Christie should have avoided any conversations with Rove.

"Things have changed, and there was a great deal of effort to politicize the department of justice in the Bush Administration," he said. "I thought that would have made it even clearer that it would be a very bad judgment to talk to somebody like Karl Rove if you were the U.S. Attorney."

But Katzenbach said that he did not see anything wrong with Christie's $46,000 loan to former First Assistant U.S. Attorney Michele Brown two years ago, when he was still U.S. Attorney. Brown resigned yesterday, writing in her resignation letter that she did not want to be a "distraction."

The loan did not violate any Justice Department rules, although Christie failed to disclose it on mandatory financial statements, ELEC reports and his income tax returns.

"I think it should have been disclosed. I don't see anything improper apart from that," said Katzenbach. 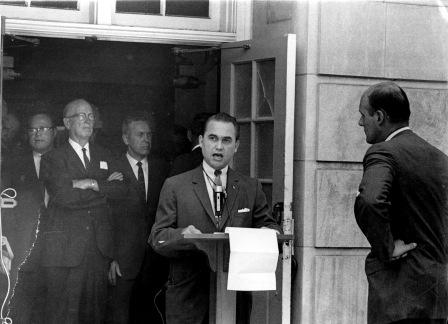