SOMERVILLE – Far from the gladiatorial clanking of Corzine V. Christie, two former combatants defeated earlier this year assessed the contest from the bowels of Mannion's Tavern tonight, both agreeing the debate took a major nosedive ever since the end of the Republican Primary.

They faced about 45 people as a doubled upmain act.

"I've not been happy with either side," said Merkt as he considered the gubernatorial contest. "We're facing an $8 to $10 billion budget shortfall. Property taxes are up by 50% in these last years. Theseare the issues we should be talking about. So far, Jon Corzine has done nothing but try to dredge up every evil he can find on Chris Christie and sling mud. I'm really disappointed.

"On the Republican side, I'm waiting for some answers," Merkt added. "It's not enough to say, 'I'm not Jon Corzine.' We have a candidate running on 'change,' and we saw how well that worked out the last time someone ran on that slogan."

"I understand the politics of running on generalities," Merkt added. "But Chris Christie has an obligation to say what he will do. It's easy to say you will cut taxes when you're running for office, but when you have the reality of a Democratic legislature, that kind of argument won'tsay much about the credibility of our party. You have toprovide details."

For his part, Levine defended Christie in the aftemath of stories that hit last week and this week about conversations the former U.S. Attorney had with Karl Rove and an unreported mortgage loan he made to U.S. Attorney underling Michele Brown.

"How are we going to fix our economy?" Levine wondered. "I'm not really sure I care about who talked to whom or who lent money to whom. The big issue here is the state is broke. We have a structural deficit in the state and the Democrats have been tinkering around the edges."

As mayor of Franklin, a big blender of McMansions, Section 8 housing, farmlands and industry, which straddles a block of land between gritty New Brunswick and leafy Princeton, Levine said he's been beset by almost impossible COAH (Council on Affordable Housing) obligations that have forced him to spend $250,000 in legal and other costs as he figures out how to try to shoehorn in 800 units.

"This has an impact on education, roads police officers – everything," said the mayor. "This is heavy growth. I think our market forces are doing just fine, and this is a situation where politicians in Trenton can say, 'I did something, I feel good, now let someone else clean up the problem.'"

"Ask the Soviet Union how central planning worked out for them," Merkt put in with a grin.

Levine said he's available to volunteer for Christie whenever the candidate needs him, and Merkt, despite a long history with Christie that is hardly chummy, said he likewise wants to help where he can.

The mood in the room – rounded out by a sizeable Franklin contingent – was mostly Christie or bust.

"They're trying to beat him up with dirty politics and I think he's trying to rise above it," said Mike Kalafer, the Republicans' candidate for Franklin's 2nd Ward council seat. "He's taking the higher road, and I've got to admire that."

Merkt maintained his view that Christie needs to get much more specific about policy and aggressively protect the GOP base.

"Remember before the Giants were good and they would rack up points and then squat on the ball for the last three quarters, hoping to prevent the other team from scoring?" he asked. "We can't do that." 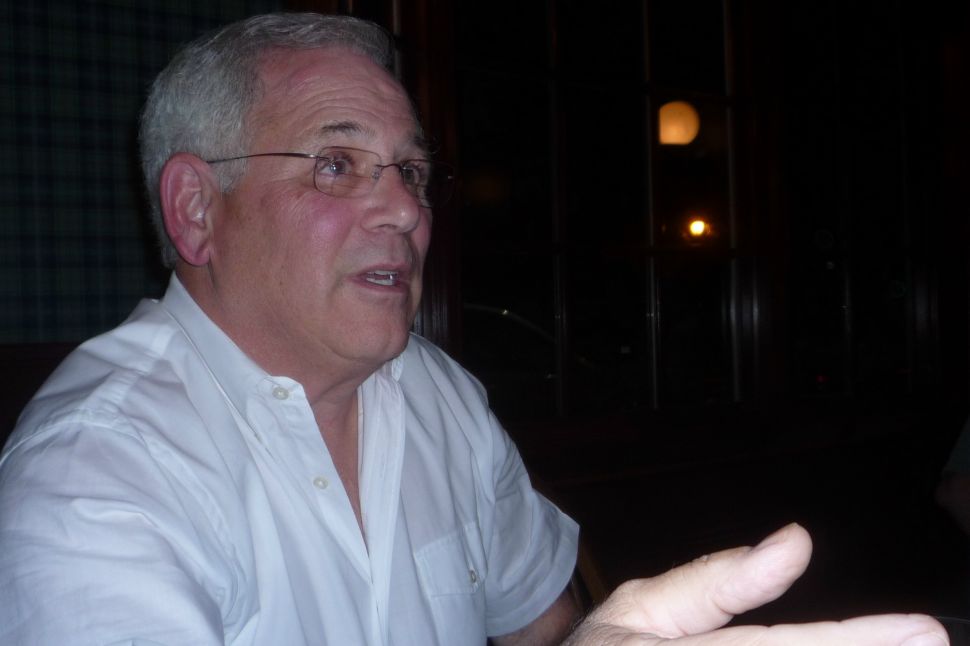