NEWARK- Along with the South Ward, where organizer Ras Baraka is building to mount an aggressive challenge of South Ward Councilman Oscar James II, the central ward again looms as a battleground in the Newark 2010 municipal race, with one candidate a definite go and two others hovering near the starting gate.

The Booker Team's filing report shows the mayor listing freshman School Board member Nakea White as his ticket mate for central ward council, but White won't comment about whether that means she's a lock to run next year.

That may be in no small part because Central Ward Councilman Charles Bellsays he's ready to run to secure a full term after defeating Booker's candidate lastyear in aspecial election war.

A throwbackfrom the Sharpe James era whocame off the golf course to run an aggressive campaign against the Booker-backed Eddie Osborne, Bell has a devoted following in the city's most sprawling ward,where Booker himself served as councilman before first hitting the live switch on his citywide aspirations in 2002.

Earlier this summer, Bell lost his chief of staff, the late Dwight Brown, who also served as Democratic Party chairman of the central ward – a blow that most observers of the Newark political scene saygoes to the organizing core of Bell's ward strength.

And that's regardless of whether Booker backs him.

"I would definitelyconsider running with or without the mayor's blessing," said Bell, who last year ran with the backing of state Sen. Ronald Rice (D-Newark) and North Ward Democratic Leader Steve Adubato. "I feel particularly committed to finishing things that Dwight and I started working on in the Central Ward."

As White surveys the situation andtries – along with Booker – to figure outwhether it makes political senseto go up against Bell, Darren Sharif, son of political organizer Carl Sharif, has already announced his designs on the Central Ward council seat.

Shariff is running with the backing of his father, who famously backed Booker when Booker first ran for the same seat in 1998.

"Absolutely, I'm supporting my son," said Sharif."I intend to be there with him doing everythingI can. Whether or not he runs with the mayor's team – I'm not giving voice to that one way or the other. He has a good shot at winning the council seat, just as Cory did when he ran against an entrenched incumbent in the Central Ward and didn't have the support of the top of the ticket. Remember, Iplayed a pivotal role there in that election."

Shariff said he's supporting Booker's reelection bid whether or nothis son lines up with Booker or Booker's challenger, attorney Clifford Minor, or runs on his own, unaffiliated with a top-of-the-ticket candidate.

"These are two different issues – the council race and the mayor's race," said Sharif. 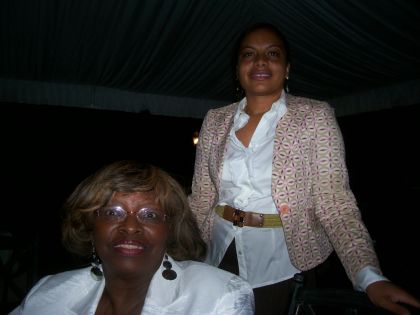