The report by correspondent Zachary Fink said that Brown has been paying Christie and his wife, Mary Pat, back in monthly increments of $499.22 since taking the loan in October, 2007. She is scheduled to finish payments in 2017.

Christie told NJN that Brown, who was the office’s fourth ranking staffer at the time of the loan and is now First Assistant U.S. Attorney – the number two spot under Acting U.S. Attorney Ralph Marra – asked for financial help after her husband lost his job while facing credit card debt. He said there was nothing improper aboutthe relationship. Christie and his wife are close friends with Brown and her husband, who are their neighbors in Mendham.

“I’ll tell you that I just believe if you have friends who are in need that you help them, whether they work with you or whether they’re friends of yours from outside the work realm,” Christie said.

The disclosure of the loan could cause more tension between the Corzine campaign and the U.S. Attorney’s Office, which the campaign has accused of stalling on its FOIA requests regarding Christie’s tenure there.

"This raises more significant questions and legal issues for the Christie campaign. We know that Michelle Brown has been attending Christie campaign events, we know we have had our FOIA requests bottled up for months and now we know that Chris Christie has an ongoing financial relationship with Brown. Are they still in contact? Have they been discussing this campaign? What impact has their ongoing financial relationship had on the gubernatorial campaign? 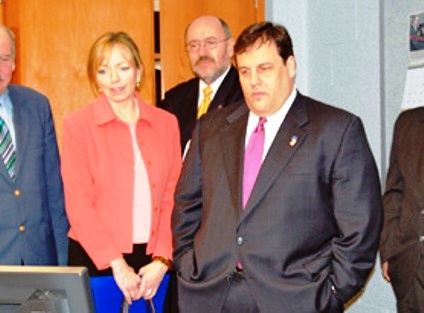