PASSAIC – The appearance of State Democratic Committee Chairman Joe Cryan at a unity rally in Passaic two weeks ago signified the chairman's will to win in a 2-1 Democratic legislative district where the Republican opposition is especially revved up two years after coming shockingly close to victory.

"If you didn't have this dynamic duo here fighting for you – if you had two Republicans instead, let me tell you, folks, funding for the City of Passaic would be under siege," maintained Cryan. "You have two different philosophies. On the Republican side you have a gubernatorial candidate who wouldn't take federal stimulus dollars. Under GOP watch, we would have cut children's health insurance."

"I'm the son of an Irish immigrant, Vinny," Cryan told the native Sicilian, who smiled in return.

The Republicans are counting in part on the fact that urban Democrats at full tilt represent only a fourth of registered party voters in the 36th, and with suburban property tax angst a pressure pointfor Democrats,they want to brandScalera – and particularly Schaer – ascomponent parts in anurban political machine thatfinally isn'tbig enough to represent the entire districtwith its mostly suburbancore of registered voters.

If they came within a little more than 2,000 votes of unseating Schaer two years ago,Diorio and Pio Costa figure this year they have the benefit of an unpopular governor teetering at the top of the ticket, the EnCap scandaland Xanadu development woes still oozing in Bergen County'spublic consciousness, an ongoingeconomic downturn, and incumbents whoeither hold a dual office (Schaer) or double dip (Scalera).

Fixing on the last of these, the Republican challengers today fastened themselves to the remarks of lawman candidate Chris Christie, the Republican nominee for governor, who this week criticized Gov. Jon Corzine for sending mixed signals on his tolerance level for government corruption.

As far as Diorio and Pio Costa are concerned, Schaer and Scalera contribute to the same static by continuing to either collect two pensions orhold two offices.

“Just like Governor Corzine’s broken promises of real ethics reform have betrayed the taxpayers of this state, so too have Schaer and Scalera by continuing their corrupt practices of holding dual offices and multiple taxpayer funded jobs and pensions. It is time for this to come to an end, it is time they do what is in the best interest of the public,” said the Republicans.

In another suburban base-ginning press release issued at the end of last month, Pio Costa Diorio joined RutherfordMayor John Hipp in a tripledig at the Democrats' attempt to rectify the EnCap debacle. Schaer and Scalera's public-private partnership reform efforts comein the aftermath of too many missteps at the outset, the Republicans argue, and in a too self-congratulatory way.

"At best, raiding the AIG fund to pay EnCap’s backtaxes is a one year, stop-gap measure," Diorio and Pio Costa complained."It does nothing to solve the long term financial problemscreated by EnCap and it does nothing to clean up the polluted areas of the meadowlands. What happens next year, when again these very same towns will face tax revenue shortfalls created by EnCap’s bankruptcy? What fund will Schaer and Scaleraraid then? Or won’t they care?"

“After years of Schaer and Scalera burying their heads in the sand and saying EnCap wasn’t a legislative item, they have now decided to take an interest in the towns affected by EnCap?” Pio Costa wondered aloud. “It must be an election year.”

Even as Scalera and Schaer await the state Attorney General's ruling on what Corzine says is the legal viability of Schaer's EnCap reform bill (which overwhelmingly passed in both houses of the legislature) and anticipate a bill signing ceremony with the governor, Diorio and Pio Costa persistently try to wrestle the issue away from them.

"They are playing the old divide game," said Schaer. "They are trying to artificially separate the district. But the fact is, there are not suburban and urban values. Everyone wants a good and clean place in which to live."

Whatever the particular benefits to the incumbents of having Capuana appear publicly with his endorsement and the promise – "I will do everything in my power to make sure Democrats win this in November" – Pio Costa and Diorio are convinced the larger ramifications of Democratic Party rulewill propel them into a dogfight they can win on suburban turf, aided by some back channel Capuana diehards who won't flip. 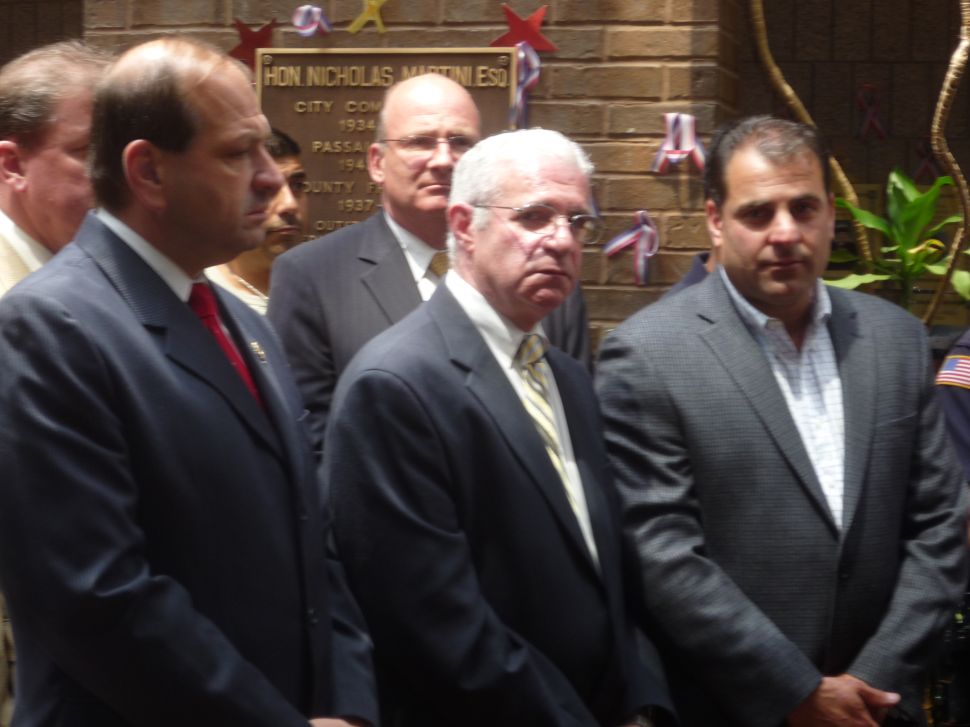