President Obama has a 56%-39% job approval rating in New Jersey, down from 61%-33% last month, according to a Quinnipiac University poll released today.

"For President Barack Obama, the bloom is fading in the Garden State as his approval rating wilts," said Maurice Carroll, director of the Quinnipiac University Polling Institute. "The President still is on the positive side when we ask about his overall job approval and his grades for handling the economy. But the trend – and that's what you always look at – is heading down."

Among independents voters, Obama has an upside-down 45%-48% approval rating.

By a 52%-42% margin, New Jerseyans approve of Obama's handling of the economy. More than half (51%) say his economic policies will help the economy, while 35% say they will hurt it and 10% believe it will make no difference. Just 35% of state voters think Obama's economic plan will help them personally. 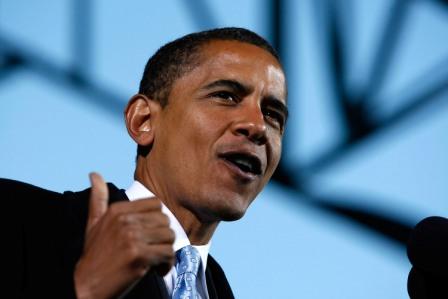