There is a generation of New Jersey politicians who like to reminisce about the old days, before the Internet, when the Star-Ledger/Eagleton-Rutgers poll was the one everyone talked about. Old-time wags would go out late Saturday night to buy the Sunday edition if they knew a new Eagleton poll was on page one.

Over the last few years, the Eagleton Center for Public Interest Polling at Rutgers University lost its market share in the New Jersey polling business – and their Star-Ledger sponsorship. Quinnipiac University is now the premier independent poll for state politics, followed by Monmouth University/Gannett New Jersey, and Fairleigh Dickinson University. Eagleton hasn't released a poll since October, and hasn't had a poll centered on New Jersey politics since November 2007.

Now Eagleton is seeking a return to the polling business, and has hired a former Democratic official from Hillsborough, David Redlawsk, to run their operation. Redlawsk was serving his second term as a Township Committeeman when he resigned to become a political science professor at the University of Iowa. In 2007, he became the Director of the University of Iowa Hawkeye poll.

The problem for Eagleton is that the partisan affiliation of their polling director is one of the reasons they have lost their standing as New Jersey's premier political pollster. In 2004, Rutgers hired Jeffrey Levine, a political consultant whose firm polled for Democratic presidential candidate Richard Gephardt earlier that year and Democratic State Senate candidate Blair MacInnes the year before. Levine's appointment triggered the resignation of Eagleton poll director Clifford Zukin, a Rutgers professor who says he quit because he didn't want to seek Eagleton become a Democratic or Republican polling shop.

Levine's stint at Rutgers was short-lived; he was back at his political consulting firm after less than a year.

The appointment of Redlawsk, who starts in September (he'll also be a Political Science professor), is likely to be controversial as well. According to his website, Redlawsk is a Democratic Precinct Chairman, and served as Acting Johnson County Democratic Chairman in 2003 and 2004. His website sports a Democratic National Committee logo, and says "I'm active in the Democratic Party."

While polling Iowans during the 2008 presidential election, Redlawsk was also a supporter of one of the candidates, John Edwards. He was elected as an Edwards delegate, but later joined the "stampede and has switched his support to Barack Obama."

But Redlawsk's partisan affiliation might be less of a problem than his not being a trained pollster.

Still, Redlawsk's polling numbers in 2008 were not much different from other pollsters, but he did not do a final poll right before the Iowa caucuses, and stopped polling for the general election last August. That makes it hard to judge his accuracy.

In an e-mail to PolitickerNJ.com, John Weingart, the highly respected Associate Director of the Eagleton Institute, acknowledged the partisan background of his new polling director, but said that Redlawsk has agreed to end his formal affiliation with political party organizations once he starts at Rutgers.

The University of Iowa Hawkeye Poll is first and foremost a teaching and research project, as is often the case for an academic polling center. Our primary goal all along was to give students experience in survey research and to collect research data on the dynamics of the caucus, primary, and elections.

So we did not "stop" polling in August 2008. In fact, we did not do any national horserace polling in the 2008 general election. We did poll the state of Iowa in August 2008, and were part of the Big Ten poll (out of Wisconsin) in September and October, but again our focus was Iowa.

We did one national project last fall, which was a month-long rolling sample poll, that totaled 1667 respondents, during the month of October. We did not release horserace results from that project, but we did put out releases on interesting data re: younger voters, early voting, and the persistence of beliefs that Obama is Muslim. These can all be found at http://www.uiowa.edu/election/news-events/index.html#hawkeyepoll.

The argument with Mark Blumenthal was a bit esoteric, having to do with the challenges of doing any polling in the Iowa Caucuses. Turnout in Iowa is usually very low – the largest ever Democratic caucus before 2008 was 120,000, while the largest Republican turnout was just over 100,000. This in a state with about 600,000 of each party (and another 700,000 no party) in early 2007.

The other issue was with our "likely caucus goer" screen. This is hard in Iowa, since we all assumed that at best about 250-270,000 Iowans of both parties would show up, only about 12-13% of registered voters (still much higher than historical numbers). Mark argued that our screen was too loose and we should base screening on the historical turnouts. We argued that the level of excitement was well beyond anything anyone had ever seen. In the end we were more right – about 360,000 Iowans showed up – about 35% or so of registered Democrats and 20% of registered Republicans, which translates to about 18% of all registered voters.

In any case, our numbers in the end tracked well with other public polls. We did not poll immediately before the caucus because our students were on break (the joys of academic based projects) but we did poll in the caucus. The results of all of these are forming the base of a book I am writing with colleagues called "Why Iowa?" to be published next year by the University of Chicago Press. 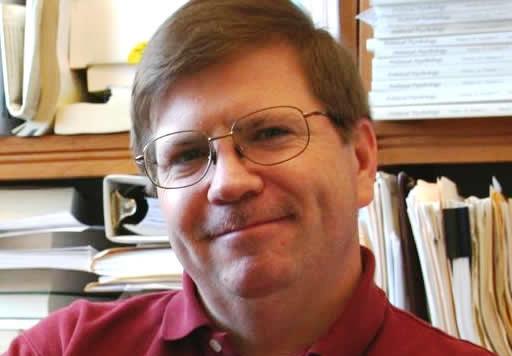