IfHudson Democratshave chewed up most of the headlines lately, Essex County Dems are trying to gut through their own troubles, as sources say investigators with the state Attorney General's Office todaycontinued their probeof absentee ballot fraud inconnection with the 2007race of state Sen. Teresa Ruiz (D-Newark).

Sources sayinvestigators conducteda search at the offices of Carmine Casciano, commissioner for voter registration in Essex County, part of a comb-through they've undertaken in there for weeks.

Four people have already been charged with ballot fraud as a result of a complaint filed by stateSenate candidate Luis Quintana, the at-large councilman, who was crushed by Ruiz in their 2007 contest.

Despite the backdrop of bad news for Essex Democrats who are already looking at depleted machinery in neighboring Hudson, North Ward Democratic Party political operative Phil Alagia, who ran Ruiz's campaign,is set to begin his job as political director for the Corzine '09 campaignon Monday.

"Iam excited to work on the governor's campaign and we will work hard to bring out a big plurality in Essex County and in the North Ward," said Alagia.

"No comment," he added, when asked about theongoing investigations of the 2007 elections and whether there would be any boomerang effect on local GOTV efforts.

Allies insist that Corzine's hiring of Alagia, chief of staff to Essex County Executive Joe DiVincenzo, attests to the governor's confidence in him, even as a state investigation continues in Alagia's homebase, which is also the territory of his political mentor, North Ward Democratic leader Steve Adubato.

ButNewarkDemocratic Party sources are worriedthat at the very least the ongoing investigation willinhibitmobilization efforts for the Democratic Party in a gubernatorial election year in which Corzine is already down by double digits in most polls.

"Investigators have been in here asking questions – all these campaign workers won't be mobilized," said one North Ward source. "It's been almost voter intimidation in here with investigators knocking on doors. They've been talking to seniors, for example, who voted absentee in the 2007 race. Do you think those people are going to want to vote by absentee ballot again after this?" 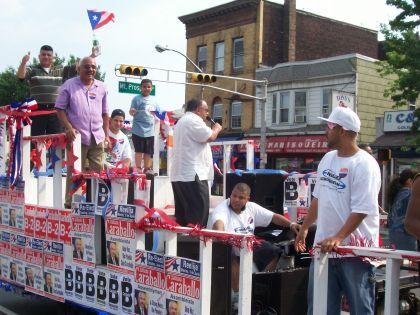