Long an ally of Christie's, O'Toole and state Sen. Brian P. Stack (D-Union City) have forged a State House relationship while serving together on the SenateBudget and AppropriationsCommittee, and as Stack has for the most part played it coyly upthe middle in an ongoing North-South war for control ofhis party'scaucus between Senate President Richard Codey (D-Roseland) and Senate Majority Leader Steve Sweeney (D-Gloucester).

Hoping to nudge Stack over to the Sweeney side and keep him there to get rid of old foe Codey – who also appeared in Union City tonight with Stack at the mayor's National Night Out event, incidentally – O'Toole tonight relished Stack's gamesmanship of the gubernatorial race as a street version of howStack works in Trenton.

"Brian is the one man over here in Hudson County who stands alone and he will allow no one to dictate to him," said O'Toole as he considered the position in which his colleague across the aisle now finds himself: still at the controls of his considerable 33rd District political machine while Jersey City and Hoboken flail in the aftermath of a state corruption takedown – and in the heat of a gubernatorial contest between Christie and incumbent Democratic Gov. Jon Corzine.

Sources say Stack and Corzine have never been close – in part because their backgrounds are different.

Stackworked campaigns as a teenageronthe streets of Union City and fought his wayup in ward politics and into City Hall with a high school education.As a dual officeholder who dug in against Corzine's efforts to dispose of the practice and settled forgetting grandfathered as a state senator and mayor, he never chummed up with the governor.

A day ago, O'Toole issued a release upbraiding Corzine for not following his running mate's – state Sen. Loretta Weinberg's (D-Teaneck)- lead and crushing double-dipper office-holdingfor good with stronger reform measures. But today,O'Toole had only praise for Stack as the cellphone-wielding Democratic Party dynamo of Union City.

"Notice the crowd that's buildingup behind him – thewarmth people that people show to him,"said O'Toole,walking at the head ofthe samecrowd, which gathered on the heels ofChristie and Stack as a blues band grooved a sax-heavy buildupon a stage framing one end of the street festival.

Cops wanted their picture taken with him. A handful of students and young people who saw him off said they looked forward to volunteering for him.

"I hate politicians but I love politics," said Julio Flores of Union City. "People tell me to be careful, not to organize for Christie,but I'm in the Army, andby the time the election's over and any so-called reprisals come down, I'll be in Afghanistan anyway. They won't be able to do anything to me."

Whether Stack, for his part,will be able to do anything for Christie and O'Toole -orCorzine and Codey – is another matter, but tonight he did not appear to be going anywhere,except up and down the same Union City avenue he's worked for years, where politicians from both sides came to walk with him, where voters called his name in droves. 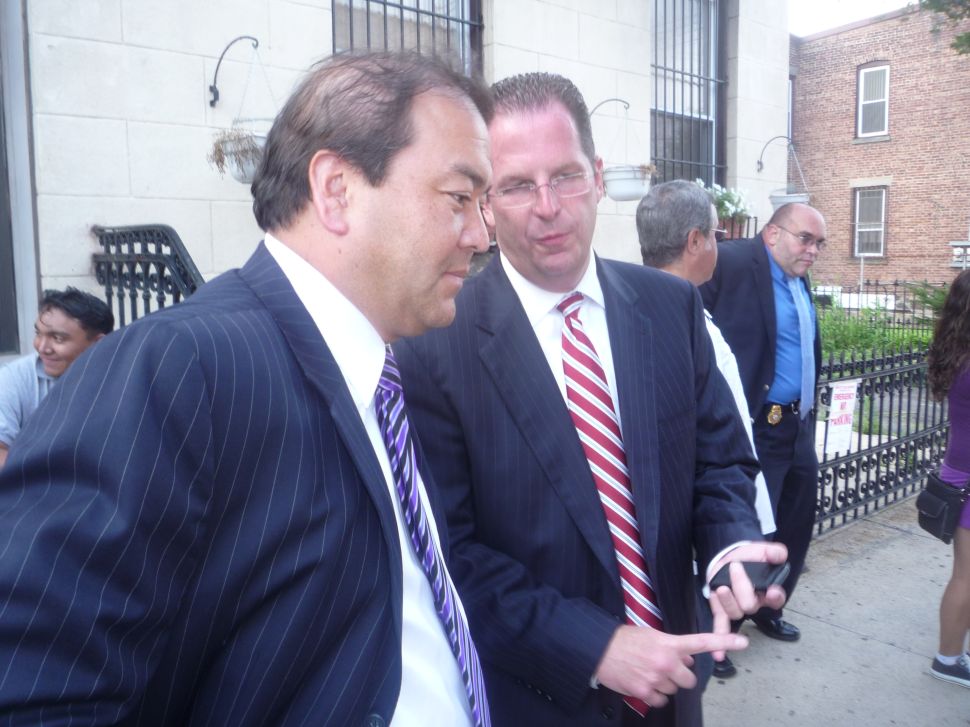