Independent write-in candidate for governor Floyd "Uncle Floyd" Vivinobelieves the feds singled out Hudson County because of its proximity to New York restaurants and its compact, navigable streets more than because the county contains any corner market on corruption.

"I think it's profiling at its worst," Vivinosaid of the July 23rdcomplaints that resulted in the arrests of 29 political operatives and elected officials, the bulk of whom were from Hudson. "How dare they just pick on Hudson County! What about the other 20 counties? I've talked to people, and a lot of other counties are offended that they weren't investigated. I perform for a lot of politicians in Hudson County. They're the salt of the earth, these people. They're on the front lines of history."

The legendary song and dance man in the pork pie hat who earlier this year launched his candidacy for governor at Wild West City, Vivino said corruption is rife throughout the state, and politicians and developers work back door deals everywhere.

Yet it's Hudson that seems toalways emerge as the dog getting kicked in the public consciousness, in his opinion.

"I think it's close to New York City, and if you're working a case, you can go right across the river and have a nice dinner – it's convenient," said Vivino. "The FBI did their job. But why Hudson County? Why there? Someone said 'let's go into Hudson County.' Listen, all I'm saying is I'm all over this state. I'm booked everywhere. If the FBI would have mounted a camera in my hat, I would have come back to them with footage they could not have believed. Leave Hudson County alone!"

Vivino said he doesn't appreciate the media hand-wringing andappalled reactions of people to the corruption busts from a week and a half ago.

"You look at history, we're the rejects of the world and we made the greatest country in the world and this is part of it," he said. "People who don't know history think this is new, and so they're shocked."

He doesn't blamethose who aren't daily engaged in politics for allowing developers and politicians to dominate the public square.

"People don't have the time to get involved," he said. "They're working as hard as they can just to pay the bills.They don't have any time, and so they have to trust politicians, but these guys screw up."

He also refuses to question the motivations of former U.S. Attorney Chris Christie, the Republican nominee for governor whom Democrats charge pursued Democrats while nursingbarely disguised designs on the governor's officewhen he served as New Jersey's top cop.

"I don't follow that sport," said Vivino. "I wouldn't know Chris Christie if I ran into him. I'm a plain shot and beer guy, like most people. My basic job is to make people forget about politics. But we've got 21 counties. We're still a state of county people, and there's a difference between Sussex and Essex, between Cumberland and Morris. But there's corruption everywhere. You go anywhere. A building doesn't get put upwithout a deal."

But when he hears his home state slammed in the vacuum of historical context, Vivino recoils.

He played the Borgata over the weekend, and between gigs he strolled on the Boardwalk, reveling in the diversity.

"That'sa free beach and I saw kids running there of every color and ethnicity – and all them were speaking English. How wonderful. I just think that too often there's fear of the wrong things, when the reality is our state has made tremendous progress.Growing up in Paterson, people called me aLittle Guinea Bastard and I laughed. I don't go running homecrying. But that was the beginning of the end of an era and overall, where we've come to a beach like that in such a diverse place like this, is the best.

"If I were governor right now, I'd call for 'Operation Stop,'" Vivino added."Everyone right now just needs to stop and take a rest. Take a few days to relax. Let's all take a breather. These are our people who got arrested. They're not Martians who landed in Hudson County. This is not a tragedy. Corruption's all over the world, but these are our people." 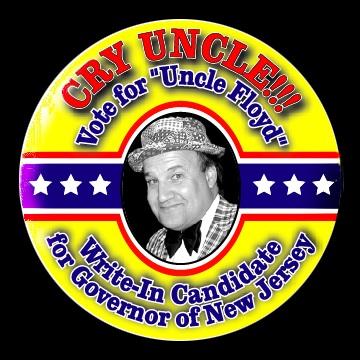