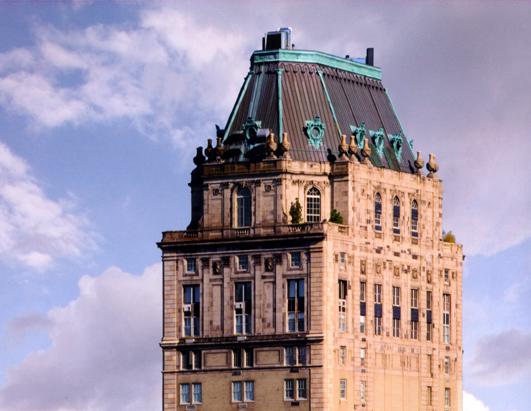 This past Tuesday was the 500th day on the market for the Pierre’s 7,000-square-foot, 14-room, five-bedroom, seven-bathroom, 35-closet duplex. It was back in November 2007 that the ailing private-equity titan Lionel Pincus listed the Fifth Avenue sprawl for $50 million, making it New York’s second most expensive co-op. The duplex was taken off the market last year but re-listed a few months later—against the wishes of Mr. Pincus’ companion, Princess Firyal of Jordan, who lost out in Surrogate’s Court last year after trying to block its sale.

It was also on Tuesday, as these things so marvelously go, that Mr. Pincus’ two sons filed suit against the princess in State Supreme Court, requesting, among other things, that she be prevented from impeding the duplex’s sale. The suit claims that she urged the elderly Mr. Pincus to change his estate plan after cancer surgery so that she could keep the apartment; that she “tricked” him into leaving his old Park Avenue home; and that she once spent $1.07 million of his money in one month.

The Observer cooed over the troubled apartment’s floor plan when the Corcoran listing first surfaced in ’07, but 500 days later (it’s even longer if you count the time it was off the market), the place deserves another long ogle. - Max Abelson 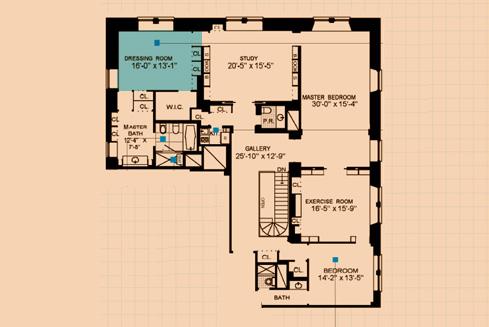 This upstairs master suite’s dressing room is a mere 16 by 13.1 feet, whereas the master suite downstairs has a dressing room that’s 16.1 by 13.8. (Luckily, according to the Corcoran listing, they’re both wood-paneled.) 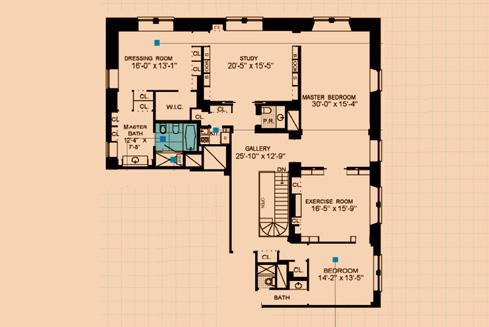 Is that a bidet? 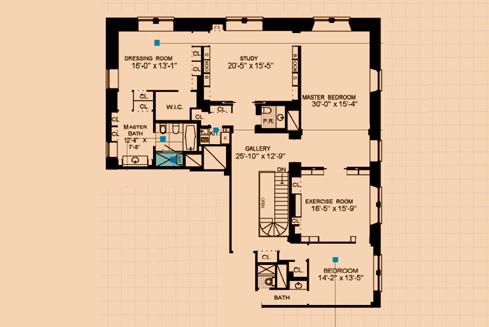 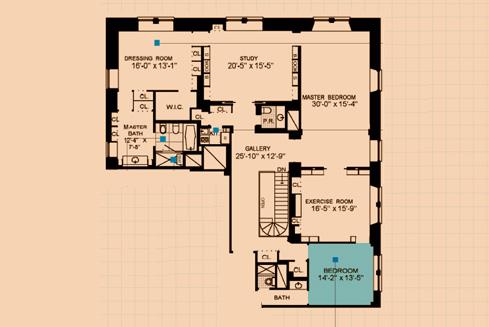 The entire top floor is essentially one very large master suite, though this bedroom and the exercise room democratize it, sort of. 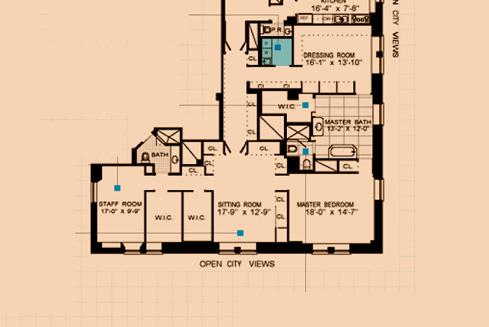 Washers and dryers are usually in staff quarters, but having a laundry room a few inches away from a dressing room isn’t a bad touch. 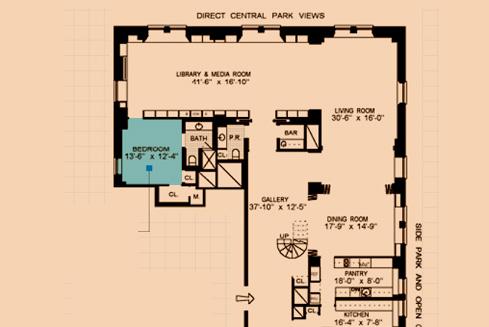 It’s relatively awkward to have a bedroom off a 41.5-foot-long media sprawl. Maybe this would make for a nice big theater instead?
Advertisement 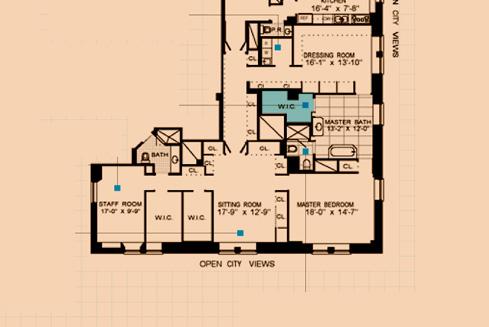 It’s not clear why there’s a walk-in closet in the master bathroom, considering that the bathroom leads to one of the apartment’s two dressing rooms. 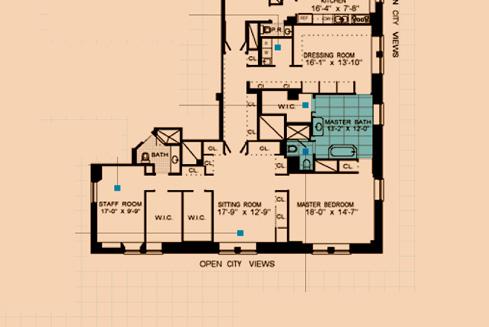 Is that yet another bidet? 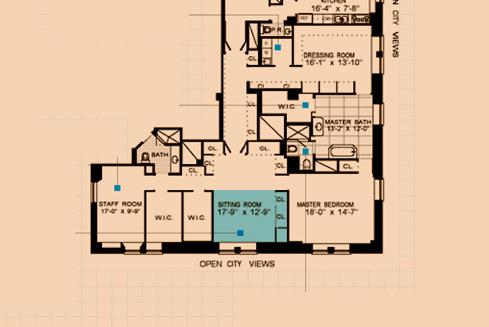 The 17.75-foot-long sitting room is a convenient place to sit and worry about the apartment’s miraculously large $27,423 monthly maintenance.
Advertisement 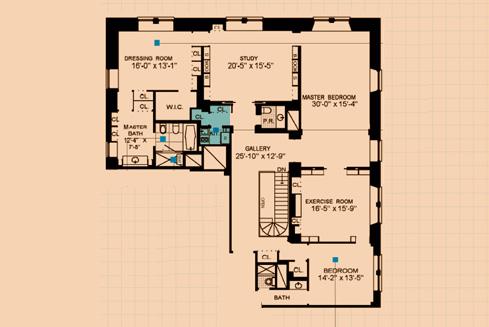 How nice that there’s a little kitchen on the apartment’s top floor—but how ghastly that there isn’t another wet bar. 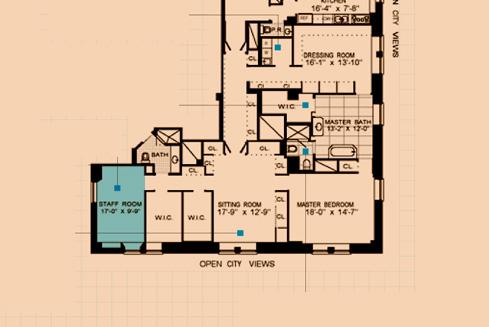 Does the staff room get to utilize one—or, golly, maybe even both—of its neighboring walk-in closets? 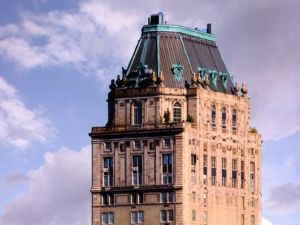 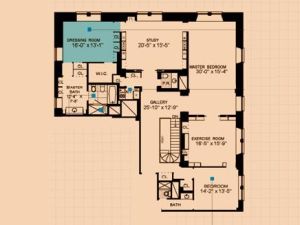 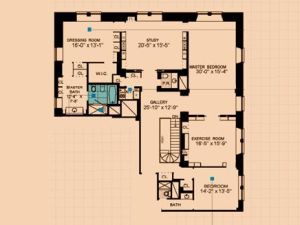 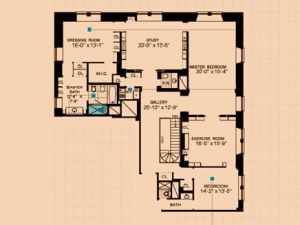 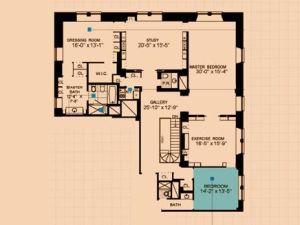 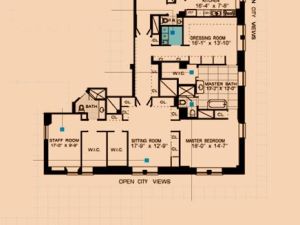 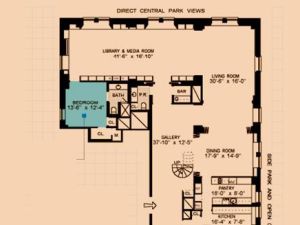 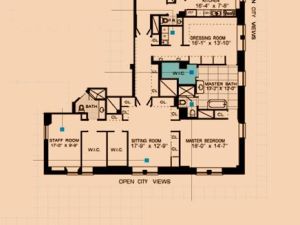 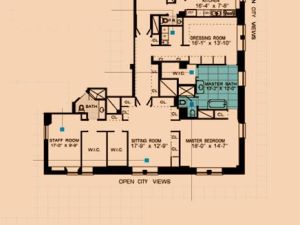 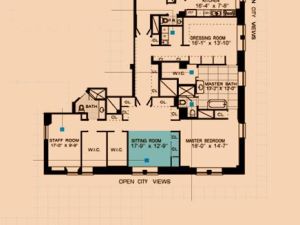 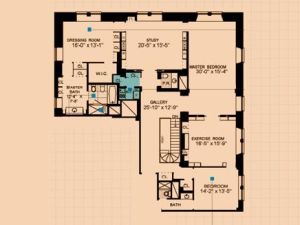 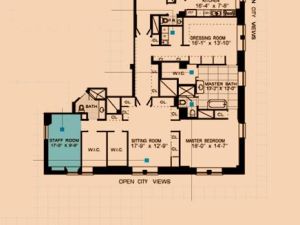