"This shows the absolute desperate nature ofJon Corzine," said Yudin, referring to a report that the Corzine '09 team bringing Maer into the campaign fold.

"Bill Maeris the ultimate political hachet man, and thisclearly showsCorzine's people will have to do desperate things," the GOP chairman added."By selecting the former spokesman for the Ferriero organization, they are willing to resort to politics at its filthiest in an attempt to reverse their fortunes. I can't be more emphatic about this. This shows desperation."

"Consider the fact that Corzine is spending a million per week,"he said."For Chris to maintain a lead of nine points shows the rock-hard support he has. As he is not relying on public financing, Corzine can spend tens of millions of dollars – and is.Chris islimited by public financing and can't do any advertising until after Labor Daybut he's still up by nine points. It's outrageous that the governor in these ads can't talk about any accomplishments.It's clear that Corzine can't buy this one." 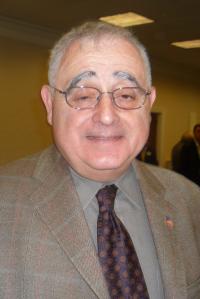