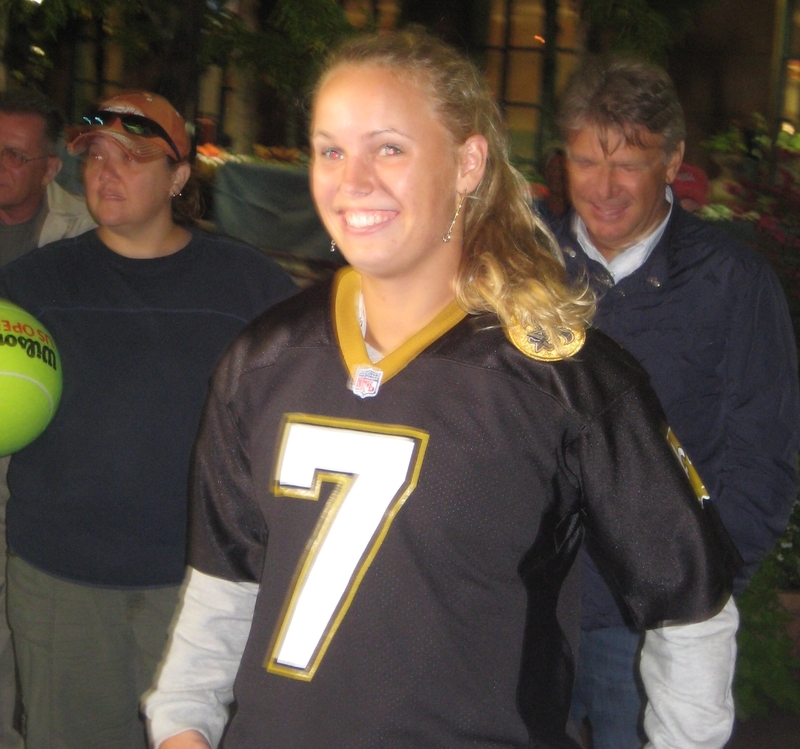 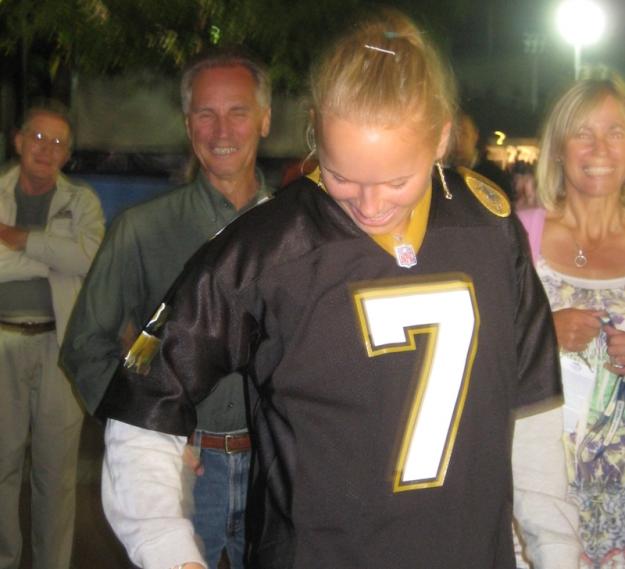 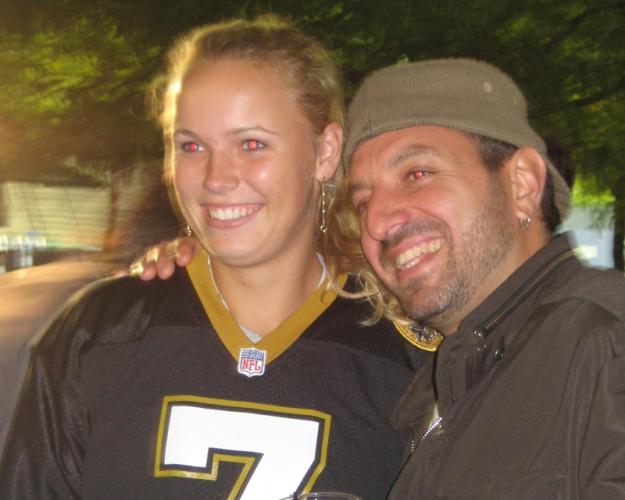 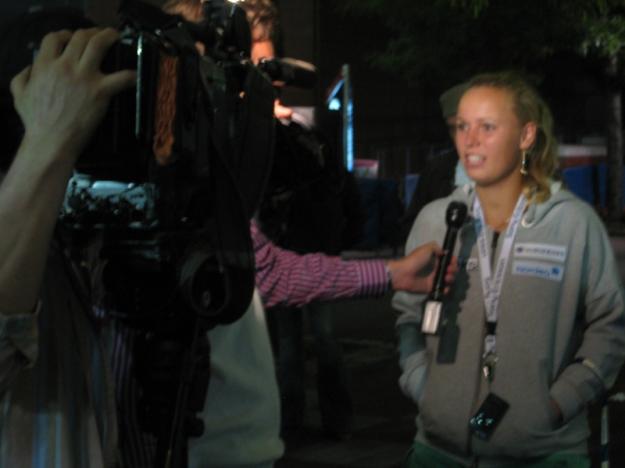 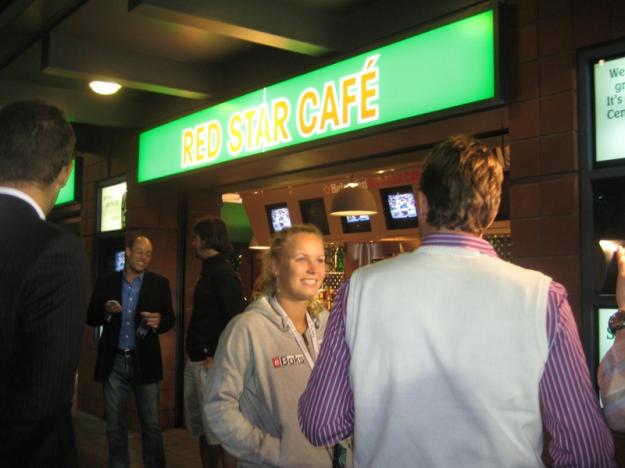 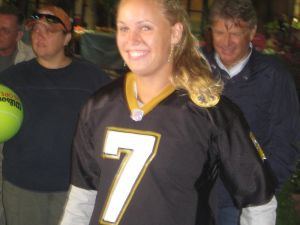 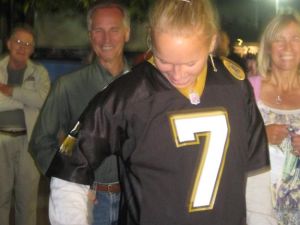 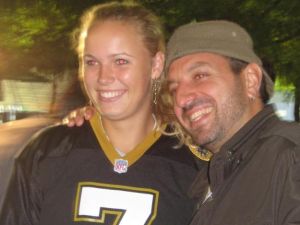 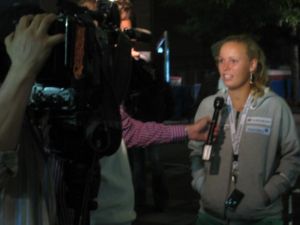 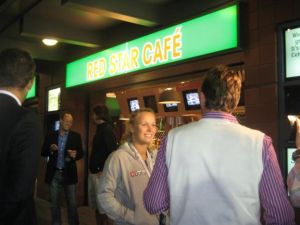 They say Demark is the happiest country in the world, but we never expected this. At 10:59 p.m. last night, Caroline Wozniacki, the Danish Melanie Oudin slayer, stepped onto the grounds of the Billie Jean King National Tennis Center to amazingly little fanfare. She set up camp outside the Open’s bar, the Heineken Red Star Cafe. A few people with beers in hand asked her to pose for pictures. She graciously obliged, and never dropped her radiant smile, even when one brand-new fan, an American man in a backwards Timberland cap, oversize jacket and cargo shorts, joked, “If you don’t beat Serena, I’ll kill you!” Then he asked for a photo. Wozniacki smiled brightly for the digital camera as he told her he was in awe that she was able to defeat Melanie Oudin with the crowd completely against her.

One slightly saner fan asked her to put on–we kid you not–a Morten Andersen New Orleans Saints jersey (Andersen was a legendary NFL kicker, and a native of, yes, Denmark). She put it right on and took more pictures. Then she sat down on a stool borrowed temporarily from the bar and did an interview for a Danish television station. Just another night in the life of a new Open semifinalist.