SOMERSET – At this 100th anniversary of the NAACP (National Association for the Advancement of Colored Persons) here at the Double Tree Hotel, former U.S. Attorney Chris Christie, the Republican candidate for governor, tells this banquet hall of 150 black leaders and guests that he is the candidate in the race best equipped to combat crime and improve public education.

"We will not bring our state back economically and societally unless we bring our cities back," Christie says."If we do no reduce the level of violence, drug dealing and death going on in our cities to our children, we will never bring back our cities. Many of the people in our cities live in fear. Until we set a very clear tone that that will no longer be tolerated, none of the rest of what we're going to do will ever succeed."

The first of the three gubernatorial candidates to speak here today, Christie promises tax incentives, including a two-year income tax holiday for peoplewho move into the cities, and education reform.

"Children are not getting the education they deserve," he says."I will guarantee you change will come to urban education. Competition will come to urban education. It is time to stop rewarding failure. It is a disgrace in the richest state in America to permit failure. In our cities, the priorities of state government are perpetuating the system that is in place now. I will not permit that to happen."

Christie blasts Gov. Jon Corzine, who is not in the audience and scheduled to speak here this evening, calling his ads lies.

"He says nothing about why he deserves your vote for four more years but says everything about why you you should be afraid of me. You can't laugh about a man who's so desperate to hold onto power that he would rather talk about my driving record than how he has driven taxes through the roof and driven people out of our state."

Hand claps and affirmative remarkspunctuate Christie's remarks, and he appears to win over portions of the crowd who give more than polite applause when he completes his speech.

In his remarks delivered moments later, Daggett doubles downon the anti-incumbent vibe in the room and deepens the frown onState Democratic Committee Chairman JoeCryan seated at the table directly in front of the podium when he says to the crowd,"Those of you who believe you're well served by Trenton, raise your hands."

"How many are being well-represented by the governor?"

Again, no one volunteers a hand.

Scheduled toappear tonight at the gala dance, Corzine in the meantime has dispatchedDeputy Campaign Director James Gee as an afternoon surrogate.

"Judge people by the company they keep," says Gee.

He pursues Christie, suggesting that the Republican's appeal to urban renewal is a campaign slogan.

"Some of usbelieve cities are important all the time," he says. "There are some of us who get into politics because of cities."

Henames African-Americans such ashimself who are integral to the workings of the Corzine campaign but there's only polite pitter pattering in the audience until Gee gets the biggest and most prolonged hand of anybody when he says, "I want to thank you – the people in this room, who have fought the fight for people who look like me. We need to highlight the work of the NAACP for those who don't know." 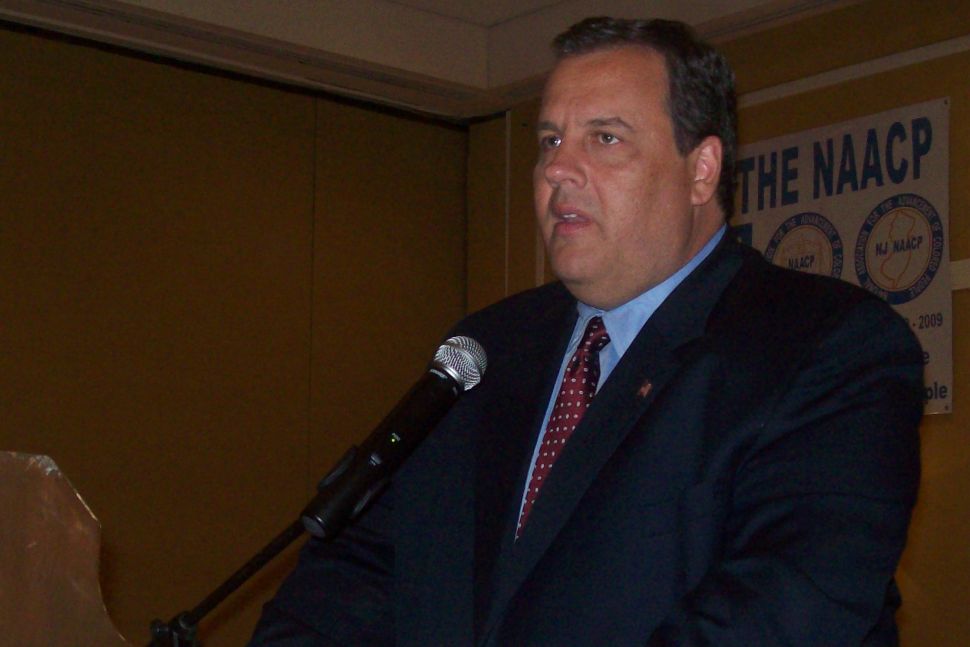