"Folks have taken a look at him and don't like him," saidCryan, referring to Christie's 38-38% favorable/unfavorable rating, whichis nonetheless stillbetter than the governor's upside-down (34-56%) numbers on that front, according to Quinnipiac.

Regarding tight battlefronts in Mercer, Bergen, Union and Mercer, Cryan said, "Democrats in this state have a history of breaking late. It's nothing we haven't expected." 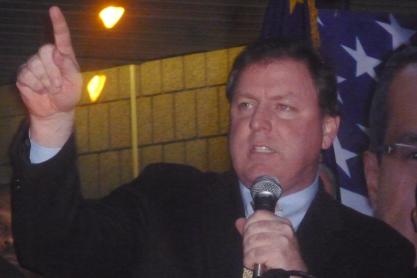