PARAMUS – Monmouth County Sheriff Kim Guadagno is sticking to her statement: she knows what it's like to be afraid to walk across the street in Newark.

"It's not a gaffe. I've been victimized in Newark twice in the last five years because I work in Newark," said Guadagno, the Republican lieutenant governor candidate, about her choice of words that gave Democrats an opening to take a shot at her and gin up their inner city base.

About six months ago and in 2003, Guadagno said, her car was broken into and her purse and other belongings stolen just outside the Newark campus of Rutgers Law's Newark campus, where she teaches legal research and writing part-time. She also worked in Newark as a former Assistant U.S. Attorney.

Guadagno's comment last week was met with a quick response by U.S. Sen. Bob Menendez (D-Hoboken) and several Democratic Newark council members, who painted her as an out of touch suburbanite whose comments served to undermine the city's revitalization.

Rather than backpedal, Guadagno tried to flip the out of touch label onto Corzine.

"I think that anybody who says that Newark doesn't have a problem with crime isn't living in the world that we're living in," she said. "Everybody knows that the population of Newark in the last 40 years has virtually been cut in half. That's because we're not paying enough attention to our cities. The way we're going to do that is to, one, recognize there is a problem. Clearly Jon Corzine doesn't know there is a problem. Shame on him."

Christie has taken pains to emphasize his commitment to the state's large cities, attempting to mitigate Corzine's built-in urban turnout by appealing to city residents on education and crime issues.

Guadagno praised Mayor Cory Booker's anti-crime efforts, but criticized council members for "having drivers and body guards when they go back and forth to work every day – at taxpayers' expense."

Guadagno fielded the questions about Newark in a much different environment: the Bergen County Senior Picnic at Van Saun Park in Paramus, where she met up with Christie and Bergen County Clerk Kathleen Donovan to shake hands through a crowd of about 3,000 senior citizens.

Weinberg took issue with Guadagno singling out Newark, arguing that even if that city's crime rate is higher than suburban and rural areas, it unfairly localized a national problem.

"I'm sorry that her car was broken into and I'm sorry that her purse was stolen, but I can name you neighborhoods all over the United States of America where that can happen," she said. "In today's day and age, people are accosted in the parking lot of a big super mall. It's not limited to any one area."

Still, suburban Paramus's violent crime rate is a fraction of Newark's, as is Weinberg's home town of Teaneck. But Weinberg said that negative comments about Newark would discourage companies from locating there.

"Private enterprise is investing money into making this into the grand city it deserves to be, and I guess undermining it in a public manner like that is what I found inappropriate," she said.

One reporter asked if Weinberg was faulting Guadagno for being candid. 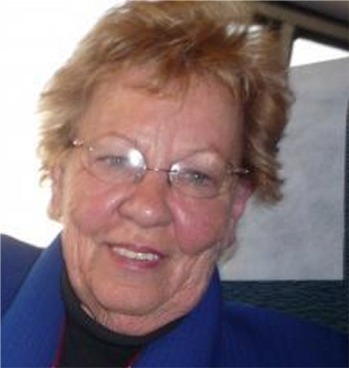