“Ashe Heap” in all its glory.

In the twelve years since its gala opening, there’s been a lot of criticism of Arthur Ashe Stadium. The manifesto for the haters is an article Peter Dizikes wrote back in 2002 for Slate, in which he called the stadium alternately “Ashe Heap,” “the worst stadium in America,” and “the dump that’s hosting the U.S. Open.” Jeez.

Dizikes’, and many fans’, main objection is that it’s just too big, too high. And he unleashes the class warfare argument, too. “While the best tennis venues provide a sense of intimacy,” he writes, “Ashe’s double-decker stack of luxury boxes, located immediately above the courtside seats, pushes everyone else higher, making fans in the upper deck feel as if they’re watching tennis through the wrong end of a telescope.”

Now, we don’t object to this, per se. But it’s worth discussing any shortcomings of the stadium’s interior in the context of how successful it is on the outside. Even though the upper seats are vertiginous, as our own John Koblin demonstrated two years ago, that extreme angle allows much of the stadium to appear to float from the outside.

In fact, walking around the grounds—as Open attendees spend much of their time doing—it’s surprising how unimposing Ashe is. (Unimposing, that is, for a 23,000 seat stadium.) In many places, the part of the stadium you walk next to seems only a few stories high, is made of a pleasant-looking brick, and is surrounded by trees. And the public spaces, particularly the South Plaza, are proportioned generously enough that Ashe appears grand but not intimidating.

The Open is the best-attended sporting event in the world, and Ashe regularly sells out for both day and night sessions. So clearly its capacity is warranted. With a certain amount of seats, it has to be a certain size. Since the USTA National Tennis Center is at heart a campus, preserving a pedestrian-friendly feel is essential, and this Ashe does pretty darn well. Although the resulting design includes a steep climb to the stadium’s upper reaches, we don’t think the court feels quite as far away from those seats as Dizikes claims. In any case, it’s nowhere near bad enough to detract from how, considering its size, it manages to hide itself, and how pleasant its exterior can be.

And on gorgeous nights like Tuesday’s (for God’s sake, look at the photo!), it’s more than pleasant or functional—it’s radiant. 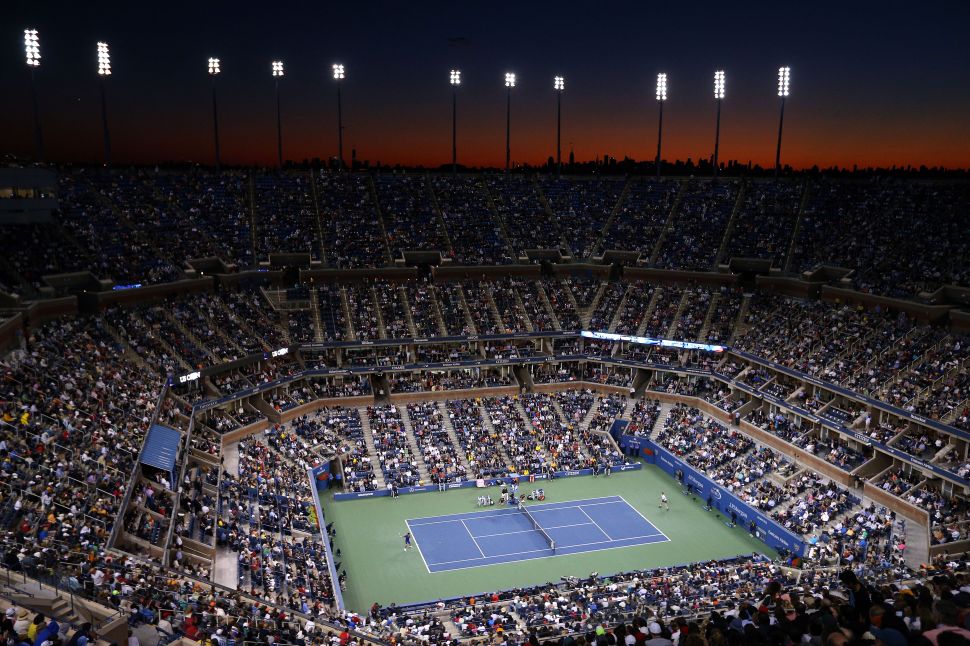