Christopher Christie has a nine point lead in the race for Governor, 44%-35% over incumbent Jon Corzine, with Independent Christopher Daggett at 13%, according to a poll released by the North Carolina-based Public Policy Polling. The firm polls mostly for Democratic candidates.

The poll has Christie leading 48%-29% among independents; 74% of independents have an unfavorable view of Corzine. Corzine is at just 64% among Democrats.

"It's unlikely at this point that Corzine's going to be able to convince voters to pick him because they like him," said Tom Jensen, a spokesman for the poll. "And while his initial salvos against Christie have helped tighten the race, it hasn't been nearly enough."

"So he's going to need to do two things to pull this one out. First is hit Christie with something in October that has a stronger impact than any of the attacks so far. Corzine probably can't win unless more than half the voters have an unfavorable opinion of Christie too. And the second is to change the electorate by getting Democrats more excited about his candidacy," Jensen said. 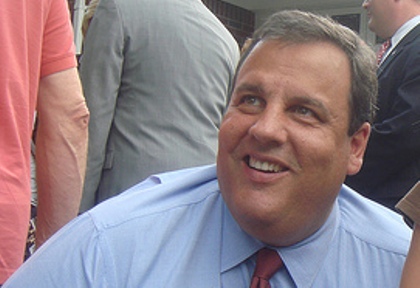