“The next mayor will be left to clean up the mess from all the hasty financial decisions that the Choi Administration is now making,” said the Democrats' candidate for mayor, who criticized Choi's summertime promotion of three new police sergeants, andasked Pipala to “show good faith, good judgment and join my request to end all wasteful spending.”

Pipala,Ricigliano said in a release,has been “a close advisor and political ally of Mayor Choi for years. It makes good business sense for Dennis to ask the mayor to be more financially responsible now.”

Pipala fired back this afternoon.

"Mrs Ricigliano talking about fiscal restraint after having been the scourge of Edison for decades is a little disingenuous," said the Republican candidate for mayor."She was there been on the counciland has been amajor player in the Democratic Party."

The candidate was careful about selecting his target, saying his criticism is not of Choi butwith the Democratic Party establishment that Choi fought as mayor, which beat himin June with Ricigliano as their candidate,and that,by Pipala's reckoning, has run the town for years.

"There's never been a Republican mayor," Pipala said."When I say we've got to change the directionEdison is going in, I'm talking about away from the Democratic Party old guard. It's going to be a tough road to hoe when Councilwoman Ricigliano and the Democratic organization have been key players in setting the mode of thetownship."

The same local Police Benevolent Association that warred with Choi over its last contract then worked to help Ricigliano edge the mayor in the Democratic Primary, issued a statement reaffirming Ricigliano's position on the sergeants' promotions.

“It’s absolutely the wrong time for an outgoing mayor and our police director to make promotions,” said Keith Hahn, state delegate for PBA Local 75. “Our police department needs more officers on the street, not behind desks.”

"That has left fewer patrolmen and less manpower in investigative and support bureaus," the delegate said. 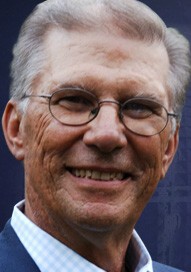