At the center of Gov. Jon Corzine'sturmoilin Middlesex County stands Edison, the biggest town of 25 Middlesex towns, and home to the most registered Democrats, where for Corzine, a civil war primary has bled dangerously into the general election.

On paper – 24,579 registered Democrats to6,012 Republicans – Edison should be asteamroll winfor Democrats, but the town's17,842 undeclared voters typically don't let mayoral contests pass without a fight. Given the unholy alliances emblematic of Edison politics, the last four general elections here have been close. Top of the ticketwise, Corzine won Edison by single digits in 2005, the same year Mayor Jun Choi pulled out a squeaker against independent BillStephens.

Now the fact that Choi, beaten in the June primary, 6,582 to 6,204 votes, does not intend to endorse his Democratic Party conqueror, Councilwoman Antonia "Toni" Ricigliano, creates an especiallytroubling wrinkle for Team Corzine, who had hoped Choi would call on his troops to unify behind the Democratic ticket and mitigate any independent voter stampede away from Corzine.

"I will not be making an endorsement in this (mayoral) election," Choi told PolitickerNJ.com. "I want the people of Edison to decide."

A reform Democrat who fought the same county machine that two weeks ago stuckit to another reformer, Perth Amboy Mayor Wilda Diaz, who had tried to advanceretired Superior Court Judge Mathias Rodriguez partly in the name of demographic diversity, only to run intoan old guardbuzzsaw, Choidoesn't feel a burst of confidence at theidea ofMayor Ricigliano, according to sources close to the mayor.

To be clear, Choi's already endorsed Corzine's re-election. The lame duck mayor's a Democrat, but an Obama Democrat, and his interest, said a source,"is in good governmentmore than the party line." He would feel compromised endorsing Ricgliano, a onetime ally of Choi's old nemesis, former Mayor George Spadoro.

Ricgliano, who's running for the win against Republican Dennis Pipala, a local businessman and chair of the Planning Board, doesn't act intimidated by Choi's decision towithhold his endorsement.

"If he feels that way, that's his prerogative," said Ricigliano."I don't know if it's the wisest choice. If he chooses to have a political career in the future then, yes, you feel bad – for him.He's young and very bright. But in the meantime, you do the best you can."

Ricigliano said she feels energized. She had a campaign meeting this morning and 200 people attended, including state Sen. Barbara Buono (D-Metuchen), in a show of support.

"It's more a bad year for incumbency than it is people in Edison feeling negative about Gov. Corzine," said Ricgliano. "My personal opinion of Corzine is he'll pull it off. He has the experience. Personally, Isaid to him he has to start selling himself. He has done some good things for the state, includingreducing the work force by 7,500 people – not by firing them but through attrition, And he's cut the budget, but it'sjust bad all over.

"Idon't know ifthe governor's race isgoing to impact us rather than us impacting on Corzine, if you know what I mean," Ricgiliano added."We have a strongcore of volunteers. It's a balancing act, butin Edison, he's not going to do that badly."

But the Choi factor locally couldaffect that analysis. 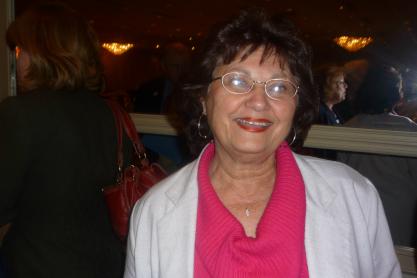