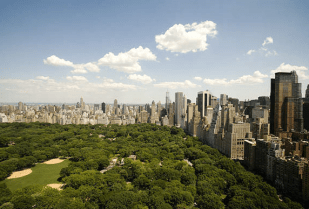 When The Observer reported last week that a 15 Central Park West penthouse had sold for $37 million, one of the biggest New York apartment deals ever, there were reasons to be genuinely gobsmacked. For one thing, there had been no sign that such a gigantic deal was brewing in the building, let alone anywhere in the city. And even if the seller didn’t get anywhere near his original $80 million tag, he’d paid only $21.5 million, which meant a staggering profit in a hugely dour year.

But what’s really shocking is that the apartment itself isn’t entirely stupefying.

For one thing, the floor plan shows that there’s not an oven or a dishwasher in sight. “It didn’t have a kitchen,” explained a broker who saw the apartment when it was first listed. And even if the master bedroom is bigger than this writer’s entire apartment, it’s not only petite for a big-money penthouse, but you have to walk down a hallway to get to the master bathroom. The humanity!

And remember that its anonymous buyer just spent $37 million on 5,276 square feet. A Russian oil oligarch, meanwhile, recently spent only $500,000 more on an 8,300-square-foot Time Warner Center penthouse. It has a kitchen. - Max Abelson 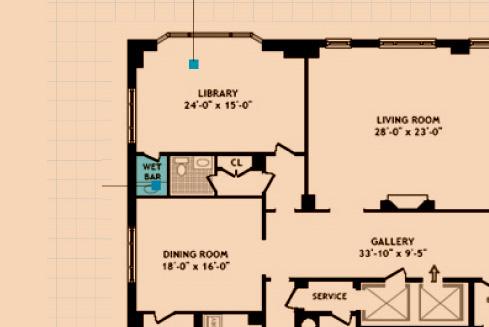 Fifteen Central Park West’s architect is Robert A. M. Stern, the awesomely conservative designer (whose shirts have a four-initial monogram). This wet bar off the 24-foot-long corner library is a gubernatorial Stern touch. 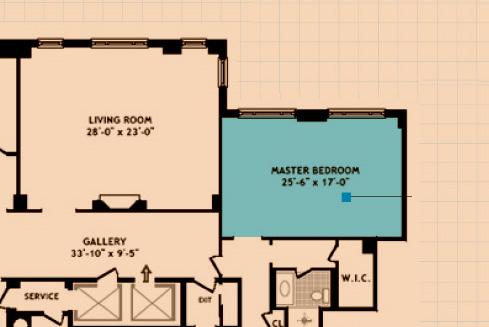 Is a 17-foot master bedroom with windows on just one side substantial enough for the kind of human being who would spend $37 million on an apartment? 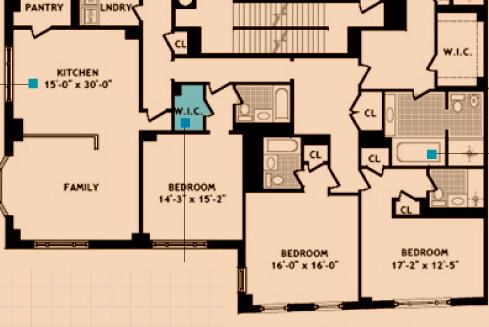 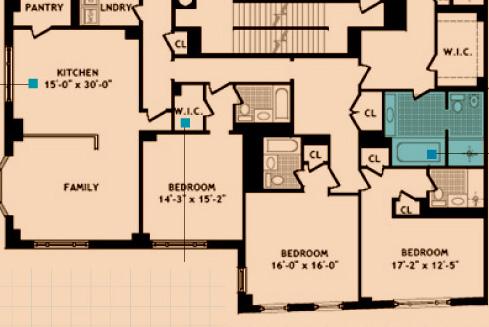 Even if the master bedroom has a little bathroom and closet close by, it’s really odd that the bathtub is so far down the hall that it’s closer to the west-wing bedrooms. 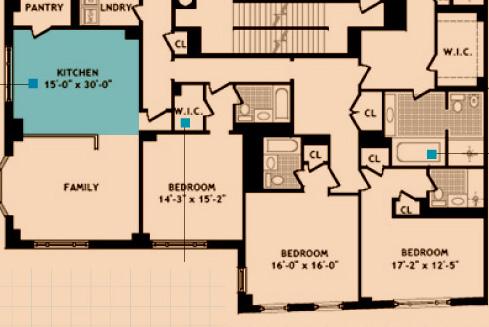 A windowed 450-square-foot kitchen is nothing to complain about, but the lack of a refrigerator, a stove top, cabinets or a sink here is a little alarming. Maybe a kitchen was put in after this floor plan was made? Listing broker Richard Wallgren won’t comment on the apartment. 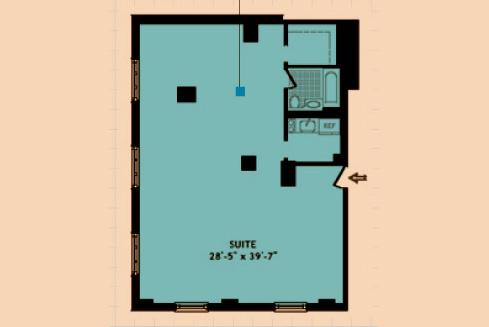 The listing said that this 1,222-square-foot suite on the building’s ground floor is “ideal for owner staff offices.” Not to nitpick, but it would’ve been swell to have the owner’s office in the apartment itself, maybe near the library’s wet bar. 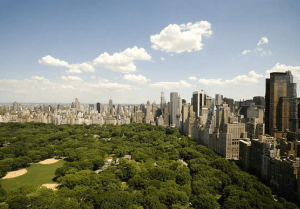 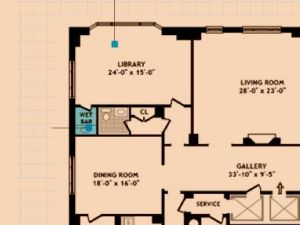 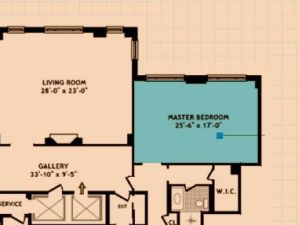 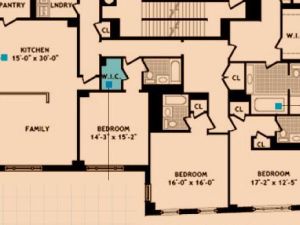 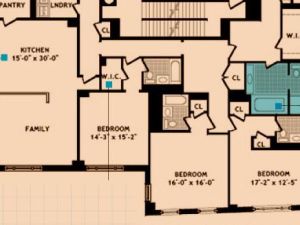 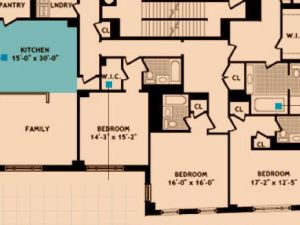 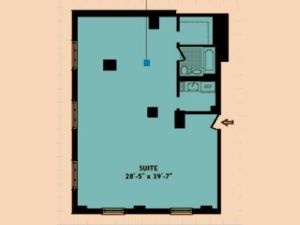