Herbert Glenn, a Newark Republican who is running for the State Assembly in the predominately Democratic 28th district, predicts that three Black ministers will gain financially by their endorsements of Gov. Jon Corzine.

"I am deeply concerned to investigate the understanding how religious leaders can compromise their spiritual convictions for their own personal political empowerment," Glenn said in a statement released today. "This is a typical scenario of the pulpit pimp v. Christian crusader syndrome. Money talks."

One of the ministers, Rev. Reginald Jackson, the powerful executive director of the Black Ministers' Council of New Jersey, is a longtime Corzine backer who says he struggled with an endorsement this year.

"I have not in the past and am not today making this endorsement lightly. This endorsement is made after much wrestling and soul searching. But it is an endorsement that I strongly make," Jackson said yesterday. "It's hard to be popular in tough economic times, but to his credit Jon Corzine has made the tough calls."

In 2000, Corzine denied that a $25,000 contribution his charitable foundation made to Jackson's church was connected to Jackson's support of his U.S. Senate bid. Five years later, Jackson denied that his support of Corzine's gubernatorial bid was linked to a $50,000 loan he received from Corzine; the loan was later forgiven.

"To God be the Glory. What goes on in the dark will soon be brought to the light," he said. 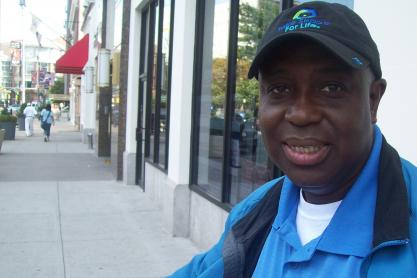